Frances Castle‘s illustrations for Famous People Around the World literally pop from the page in this intricate pop-up book with flaps, pockets and booklets commissioned by Chinese publisher, Ronshin.

Frances illustrated nine complex spreads showing an array of famous people both past and present from the fields of the sciences, the arts, sport and business. 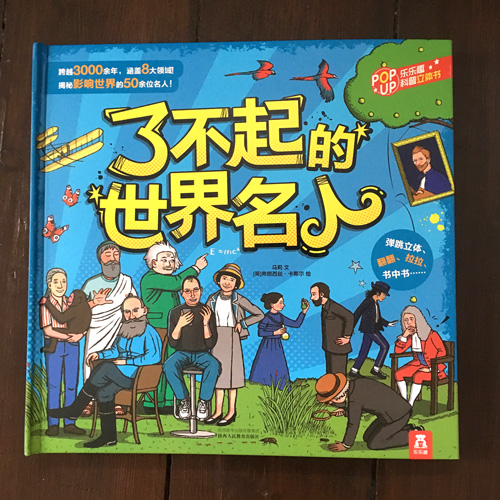 This spread features: Alexander Fleming, the Scottish physician,microbiologist and pharmacologist who discovered the world’s first antibiotic substance benzylpenicillin; English naturalist and geologist, Charles Darwin best known for his contributions to Evolutionary Theory; William Thomas Green Morton the American dentist who first publicly demonstrated the use of inhaled ether as a surgical anesthetic; Louis Pasteur the French chemist and microbiologist renowned for his discoveries of the principles of vaccination, microbial fermentation and pasteurization; Jane Goodall the British zoologist, anthropologist and conservationist and world’s foremost expert on chimpanzees; and Jean-Henri Fabre the French naturalist and entomologist best known for his study of insects. 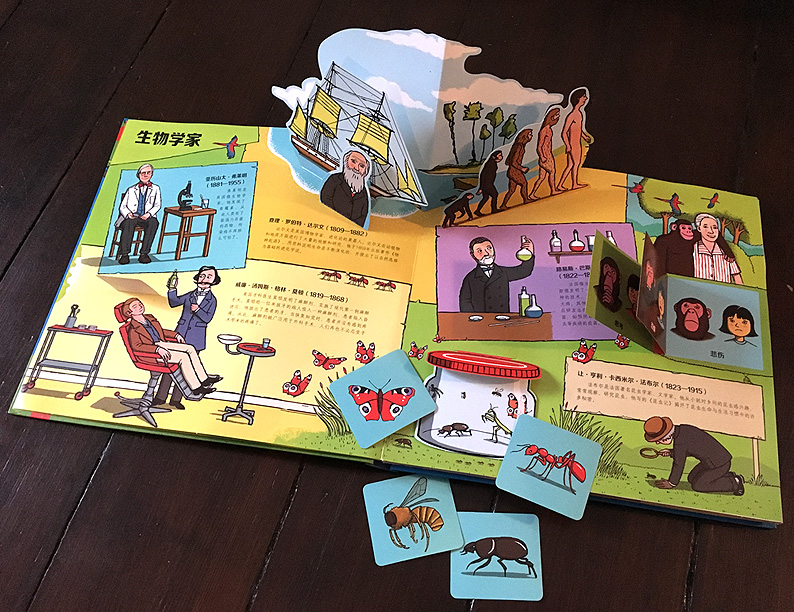 This spread includes famous musicians and entertainers from many genres: Michael Jackson the American singer, songwriter and dancer dubbed the “King of Pop”; Isadora Duncan the American dancer and performance artist known as the “the Mother of Modern Dance”; The Beatles, known as “The Fab Four”, were recognised as one of the most influential bands of the rock era and have sold the most records in the world; Luciano Pavarotti, Plácido Domingo and José Carreras known as “The Three Tenors”, a best-selling operatic singing group during the 1990’s and early 2000’s; and Wolfgang Amadeus Mozart the prolific and influential Austrian composer from the classical era. 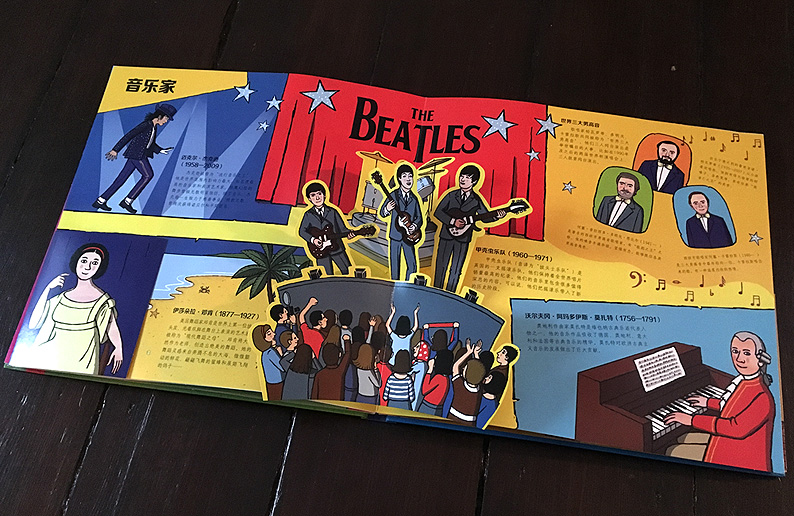 This spread features some literary greats including: Homer, the ancient Greek poet of the Iliad and the Odyssey; Arthur Conan Doyle, a British writer best known for his detective fiction featuring the character Sherlock Holmes; Leo Tolstoy the Russian author of novels such as War and Peace and Anna Karenina; the blind and deaf American author Helen Keller who was also an educator, philanthropist, political and social activist for women’s suffrage; Hans Christian Andersen the Danish writer best remembered for his fairy tales which have been translated into more than 125 languages; and William Shakespeare, an English poet, playwright and actor during the Renaissance whose plays have been translated into every major living language and are performed more often than those of any other playwright. 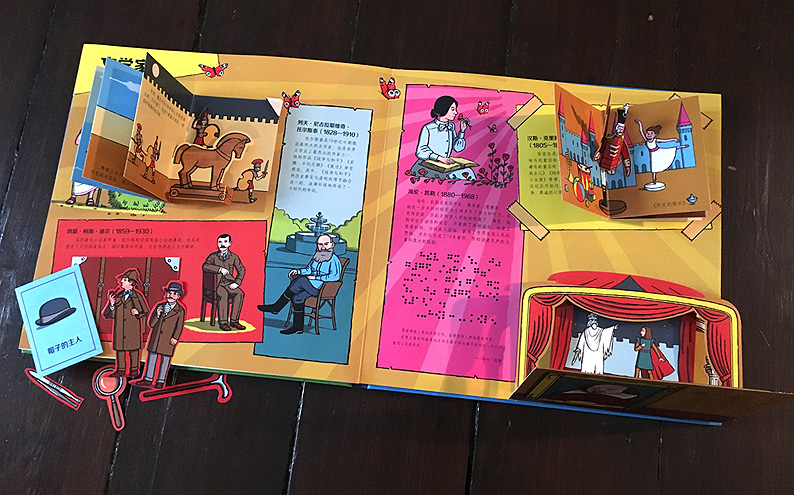 This spread celebrates the business leaders of their eras, including: Elon Musk, the South African-born, American business magnate, investor, engineer, inventor and co-founder and CEO of SpaceX and Tesla whose goals include reducing global warming through sustainable energy production and consumption; Hungarian born Joseph Pulitzer became an American newspaper editor and publisher who defined modern journalism and establishing the prestigious Pulitzer Prizes; Steve Jobs the American entrepreneur, business magnate, inventor and industrial designer who co-founded Apple Inc. with Steve Wozniak and widely recognised as pioneers of the computer revolution by developing the very first Apple Macintosh personal computer; Ma Yun, the Chinese business magnate, philanthropist, internet and technology entrepreneur known professionally as Jack Ma founded the Alibaba Group in 1999 and now it’s the world’s largest retail trading platform and he’s ranked second in Fortune’s 2017 “World’s 50 Greatest Leaders” list; after dropping out of Harvard, Bill Gates co-founded Microsoft the world’s largest PC software company and with his wife created the charitable Bill & Melinda Gates Foundation to promote the equality of global health and education; and Gabrielle Bonheur “Coco” Chanel was a French fashion designer and businesswoman who founded the Chanel brand, one of the most influential and iconic fashion brands since the 1920’s. 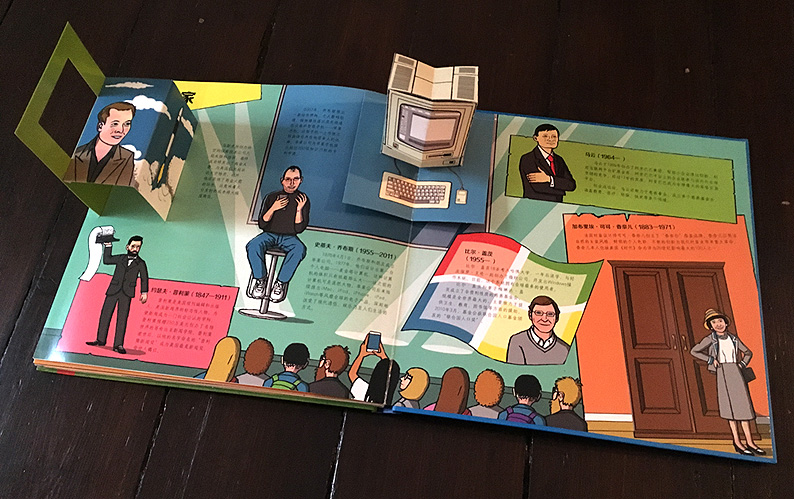