Fantastic Beasts and Where to Find Them

Fantastic Beasts and Where to Find Them by Newt Scamander and J. K. Rowling

As featured in the first year set texts reading list in Harry Potter and the Philosopher’s Stone, Fantastic Beasts and Where to Find Them is an extensive introduction to the magical beasts that exist in the magical, non-Muggle world. Some of the animals featured in the A-Z you will have already met in the existing Harry Potter books: for example Hippogriff, Flobberworm, Kappa – others you certainly won’t. As Albus Dumbledore says in his introduction, this set text book by Newt Scamander has given the perfect grounding to many a Hogwarts student. It will be helpful to all Muggles out there too . . .

Beautifully realised by our very own Tomislav Tomic, this brand new edition shows incredible beasts plus six new creatures. This is the third book featuring his stunning black and white illustrations in Bloomsbury’s new editions of the Hogwarts Library Books by J. K. Rowling, see the rest here. 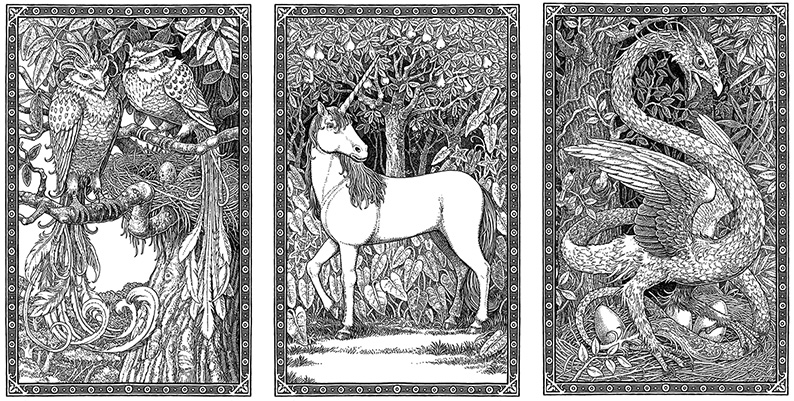