Neal Layton's A Climate in Chaos 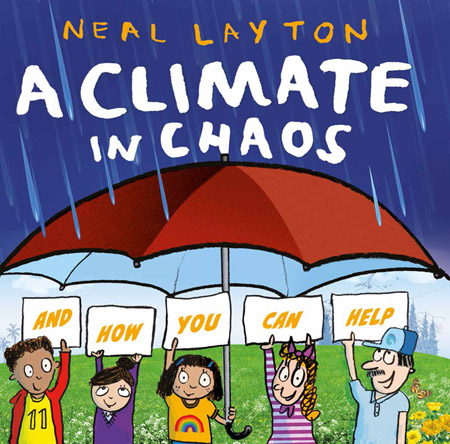 “Off you go,” said the publisher, “and write a book about climate change.”

On the strength of Neal Layton‘s very successful book about the development of plastics and the consequent worldwide dilemma it had caused, this was a natural enough request.

Neal has the ability to delve into the science and interpret it in such a way that young children can understand. In the case of A Planet Full of Plastic, having tenderly explained the issues, there were clear and positive tips as to how children could help. Re-use, recycle, etc. Plant a tomato seed in an old cut-down lemonade bottle, give your old toys to someone else when you’ve outgrown them.

He set about explaining the science and causes of climate change (as opposed to the weather) with great care and with the help of professionals. (It turns out that there are many of those in his home city of Portsmouth.) That was tough, and it involved a great deal of research because every fact had to be carefully explained – and it had to be accurate. But then there was a pause. Neal was stuck. How was he going to recommend to children how they could combat climate change? Was it up to them to force the world to use more solar and tidal power, to drive down the use of fossil fuels and to insulate our houses?

Somehow, he turned it around. For me as his agent, just sitting on the sidelines and trying to provide encouragement was one of the most significant things I could ever have done. Neal has produced a gentle and positive guide, not just for children but for all of us, as to how we could live our lives if we really want to take this issue seriously.

How could we have known that by the time of publication the world had turned, just temporarily, in the right direction to alleviate some of the problems we’ve caused? It’s giving us time to think about our actions and our habits, to question them and to readjust. I would like this book to be given to every primary school child in the country as soon as they go back, and for them all to take them home to read to their families and to discuss around the dinner table. It’s often said that it’s for that generation to spread the word, so here is their chance, at this opportune time.

It seems that we are waking up to the problem, and in his own way, Neal is spreading the word. A Climate in Chaos looks set to be sold into the same countries as A Planet Full of Plastic as co-editions abound. 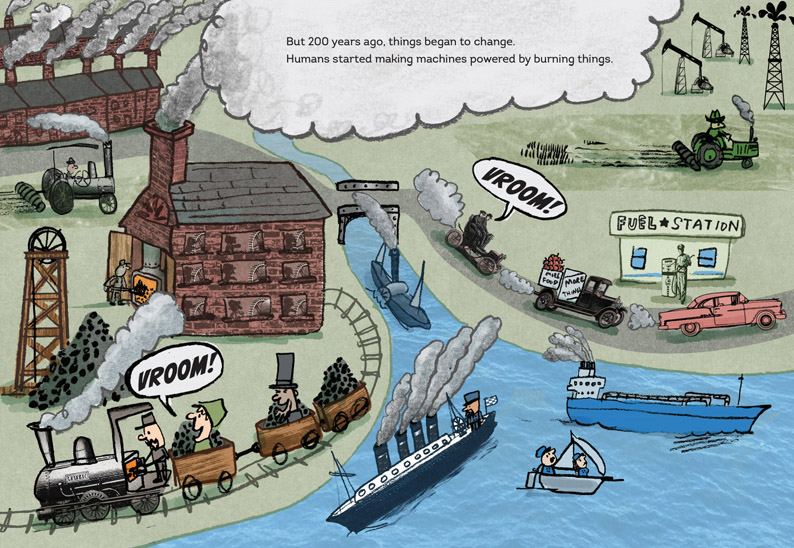 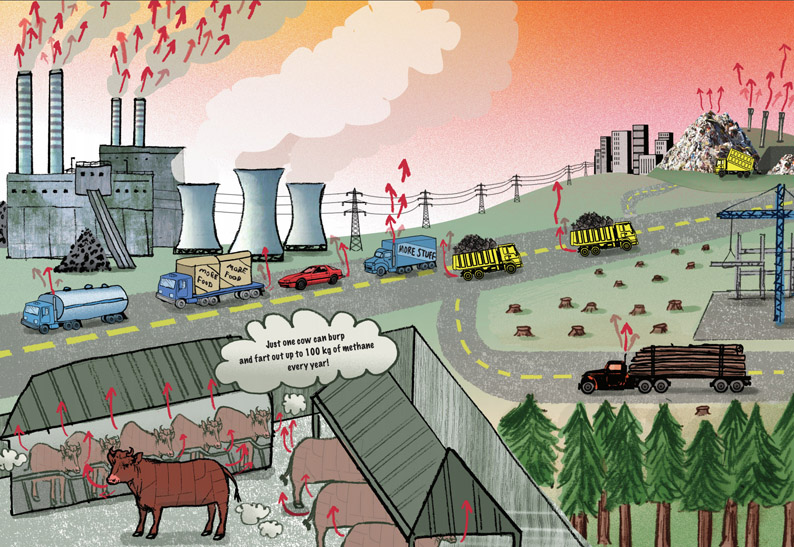 Next up for Neal, from that canny publisher who likes to throw out a challenge?

“Off you go, Neal, and write a book about biodiversity. And don’t dwell on the hungry pandas and the polar bears who are losing their habitat.”

Neal Layton is a genius. All credit to Liza Miller too, that publisher at Wren & Rook who brings her own clarity and guidance when needed. My guess is that there will be other books on this vital subject but this is the one that will stick.

A Climate in Chaos is published by Wren & Rook on 14th May. You can buy your copy from Waterstones and Hive.co.uk.

Don’t forget to check out A Planet Full of Plastic too, available to buy online from Waterstones, Hive.co.uk and all other good online booksellers. 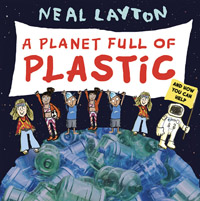 Perhaps one of the children’s publishing industries biggest successes of recent times would be this incredible pairing...