Jonny Duddle Harry Potter and the Chamber of Secrets

Bloomsbury have revealed the cover design by Jonny Duddle for the second book in the famous Harry Potter series by J K Rowling, Harry Potter and the Chamber of Secrets, featuring a dramatic scene in the chamber itself with Harry facing the basilisk and Ginny Weasley lying on the floor beyond. In the brief there were a few passages from the text which describe the scene that Jonny had to visualise;

“Harry tripped. He fell hard onto the stone and tasted blood. The serpent was barely feet from him, he could hear it coming.

There was a loud, explosive spitting sound right above him and then something heavy hit Harry so hard that he was smashed against the wall. Waiting for fangs to sink through his body he heard more mad hissing, something thrashing wildly off the pillars.

He couldn’t help it. He opened his eyes wide enough to squint at what was going on.

The enormous serpent, bright, poisonous green, thick as an oak trunk, had raised itself high in the air and its great blunt head was weaving drunkenly between the pillars. As Harry trembled, ready to close his eyes if it turned, he saw what had distracted the snake.

Fawkes was soaring around its head, and the Basilisk was snapping furiously at him with fangs long and thin as sabres.”

The Chamber of Secrets:

“as he drew level with the last pair of pillars, a statue high as the Chamber itself loomed into view, standing against the back wall. Harry had to crane his neck to look up into the giant face above: it was ancient and monkey-like, with a long thin beard that fell almost to the bottom of the wizard’s sweeping stone robes, where two enormous grey feet stood on the smooth chamber floor. And between the feet, face down, lay a small, black-robed figure with flaming red hair.”

“The light slid over a gigantic snake skin, of a vivid, poisonous green, lying curled and empty across the tunnel floor.The creature that had shed it must have been twenty feet long at least.”

“A crimson bird the size of a swan had appeared, piping its weird music to the vaulted ceiling. It had a glittering golden tail as long as a peacock’s and gleaming golden talons,”

Firstly Jonny was faced with a decision about what a Basilisk looks like: a legendary reptile, reputed to be king of serpents and said to have the power to cause death at a single glance. He tried out some head shapes first, before moving forward with the compositional roughs to be approved by the Bloomsbury design and editorial team and of course J K Rowling. The final artwork is beautifully painted and has the dramatic tension needed to engage new readers.

Jonny describes this process on his Q&A from Bloomsbury:

How do you as an artist approach such a large job? Where do you begin with such a wide range of possibilities?

“I’m taking one book at a time. I read the cover brief, and then I read the story, making notes and occasional sketches. I collect references, from my library of non-fiction books, search online and take my own photographs. I’ve recruited my neighbours’ son, who is suitably Potter-esque, although he annoyingly had his slightly wild hair cut for the new school term. I make numerous sketches of the main elements of the cover and then cobble them all together digitally, until I have a cover rough I feel happy to send to Bloomsbury and J.K. Rowling. I hear back very quickly with comments on my rough, which I then tweak or redraw until everyone’s happy for me to progress. Then I ‘paint’ each cover digitally.” 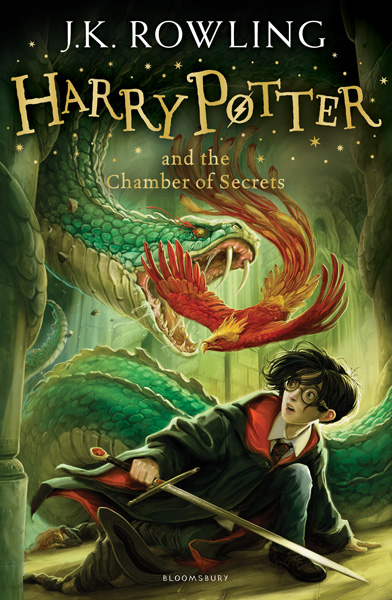 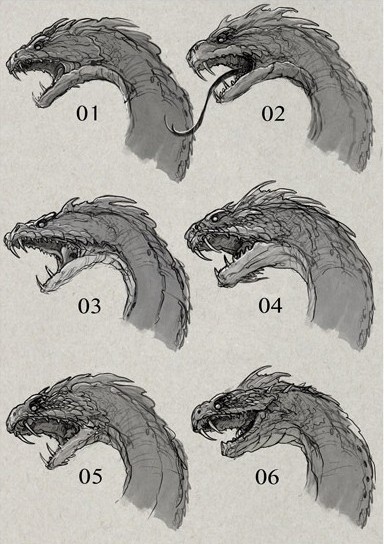 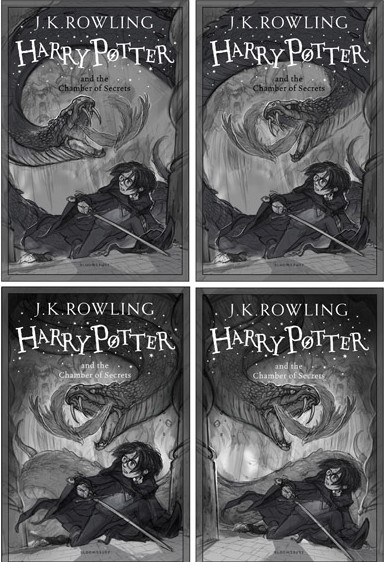