Aleksei Bitskoff: Who Let The Gods Out

Aleksei Bitskoff‘s striking illustration for the cover of Maz Evans’ debut novel, Who Let The Gods Out, is published today and is Waterstones Children’s Book of the Month!

Elliot has a lot on his young mind. He is the only child of a single mum who is ill and his home is under threat. But then a shooting star crashes to earth and changes his life forever. The star is Virgo –  a young Greek Goddess on a mission. Things go a bit bonkers as Elliot is drawn into saving the world with the Gods from Greek mythology, both good and evil and all of them pretending to be mortals on Earth. But can his problems be solved too?

“Who Let the Gods Out fits the bill perfectly, a freewheeling and properly-funny fantasy where the deities who so once powerfully presided over the affairs of the world (Zeus, Hermes, Charon and the rest) are now reduced to bumbling, self-obsessed buffoons in the face of contemporary mores. Into the mix is thrown 12-year-old Elliot, a caring but slightly reluctant hero who finds himself at the centre of adventurous chaos as an entombed demon, buried somewhere beneath his home near Stonehenge, is unwittingly set free to wreak havoc on an unsuspecting world.” – Waterstones

Who Let the Gods Out is the first book in this series, published by Chicken House. 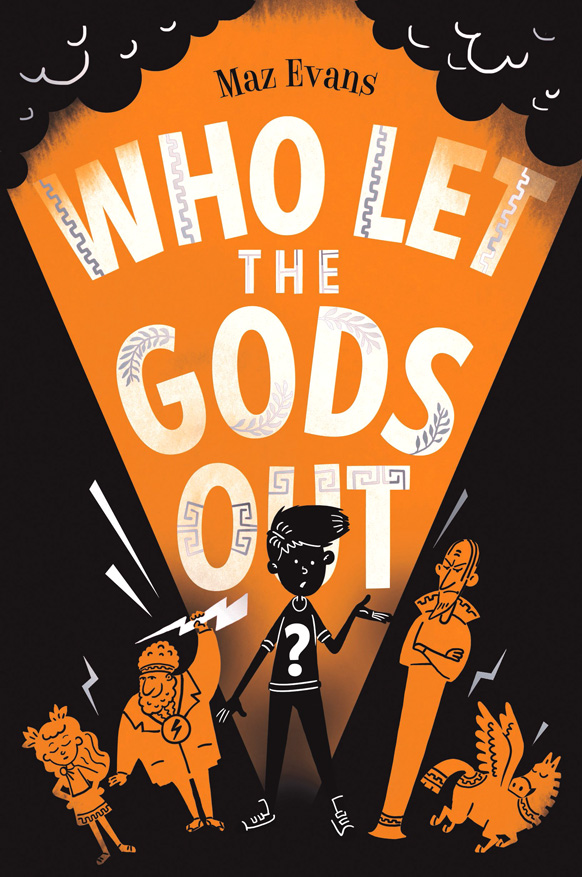