Tomislav Tomic has produced the most amazing black and white artwork for the new edition of the Hogwarts Library Books by J. K. Rowling, decorating each book in a slightly different way giving them their own unique personality. The gorgeous cover artworks for the Library Editions were painted by Jonny Duddle to compliment the Harry Potter original set of books which were re-published in 2014 by Bloomsbury Children’s Books and these new editions will bring the three charity library books to a new audience. You can see the covers here and read more about the new editions.

We are thrilled to be able to showcase some of the illustrations here, we hope you enjoy them enough to go out and buy the books, Quidditch Through The Ages and The Tales of Beedle The Bard are out today and Fantastic Beasts and Where to Find Them is published in March. With HUGE thanks to the team at Bloomsbury particularly Isabel Ford who is the chief fact checker and Harry Potter expert.

The Tales of Beedle The Bard by J.K. Rowling

Five enchanting fairy tales full of magic and trickery, The Tales of Beedle The Bard have been favourite bedtime reading in wizarding households for centuries. Translated from the original runes by Hermione Granger, with accompanying notes by Professor Albus Dumbledore. The tales are; The Wizard and the Hopping Pot, The Fountain of Fair Fortune, The Warlock’s Hairy Heart, Babitty Rabbitty and her Cackling Stump and The Tale of The Three Brothers. 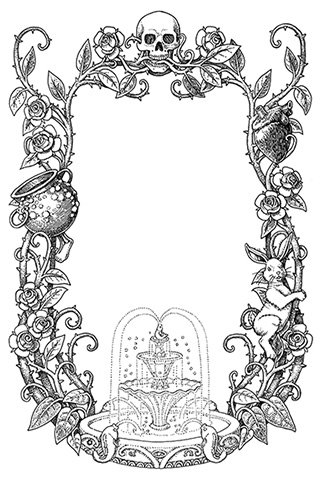 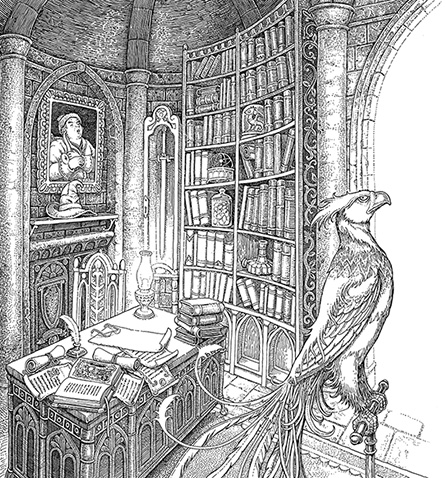 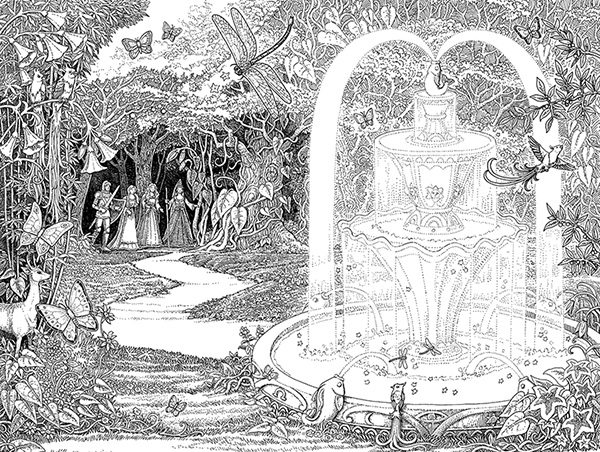 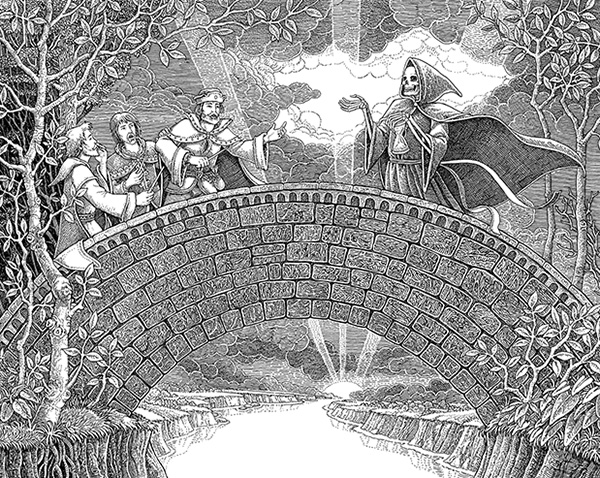 The Tale of the Three Brothers

Quidditch Through the Ages by Kennilworthy Whisp and J.K. Rowling

If you have ever asked yourself where the Golden Snitch came from or why the Wigtown Wanderers have pictures of meat cleavers on their robes, you need this book, proceeds from the sale of which go to Comic Relief.

The first page of this book has the names of students that have borrowed it from Hogwarts Library and a warning from the librarian of the dire consequences of any student mistreating the book, so it’s a shame that someone has played naughts and crosses on the page, it could have been Ron Weasley or Neville Longbottom perhaps it was Draco Malfoy? 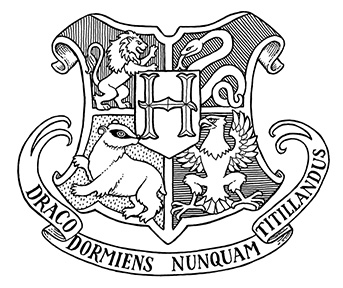 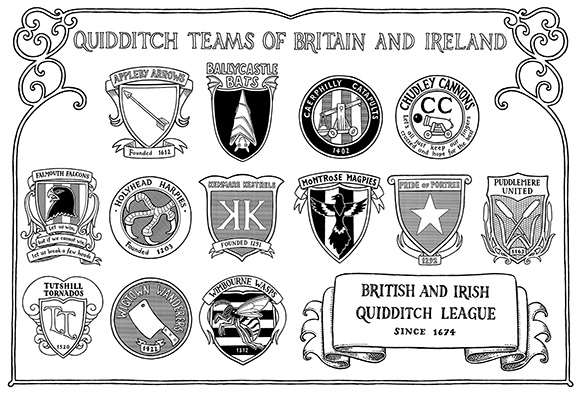 Quidditch Teams of Britain and Ireland 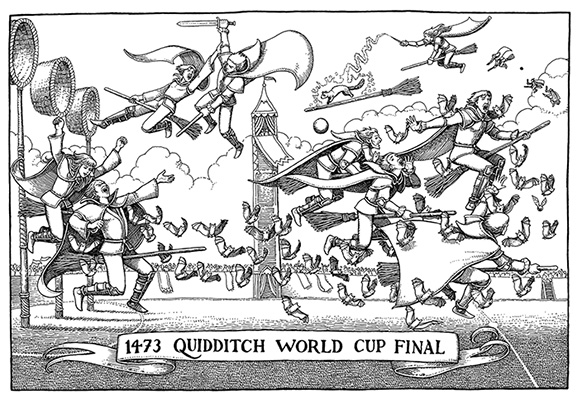