Claude All At Sea is out today!

Finally the much anticipated Claude picture book by Alex T Smith, Claude All At Sea is here!

In this beautiful picture book following on from the success of the internationally best selling series, we see Claude on his next adventure. He swooshes out of his house in his bathtub, accompanied by his faithful companion Sir Bobblysock, and out to sea. They meet all sorts of interesting characters on their travels, including mermaids, dolphins, Captain Poopdeck, and most importantly a quite ferocious sea monster called Nigel! Can Claude save the day and save them from the monster?

Alex believes the key to illustrating children’s books is, “… to not patronise. Children are, I think, exposed to very sophisticated imagery from a very young age and are quite capable to bridge the gap between words and pictures without having everything explained to them explicitly. My concept of illustrating a children’s book is that the whole thing should work like a joke. The text is the set up and the pictures are the punchline. I don’t mean that every image needs to be funny, rather it should expand on the words and provide something unexpected and enhancing. That could be funny, or moving, or dangerous etc. It shouldn’t just be drawing what the words are describing.” 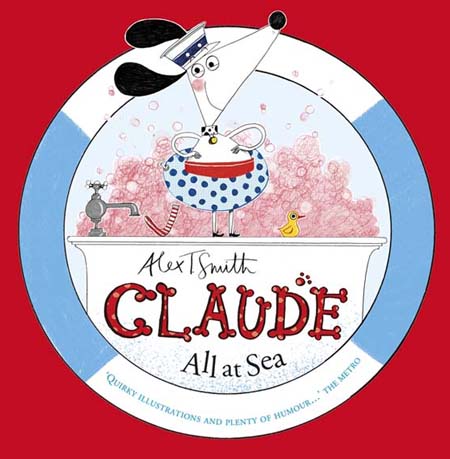 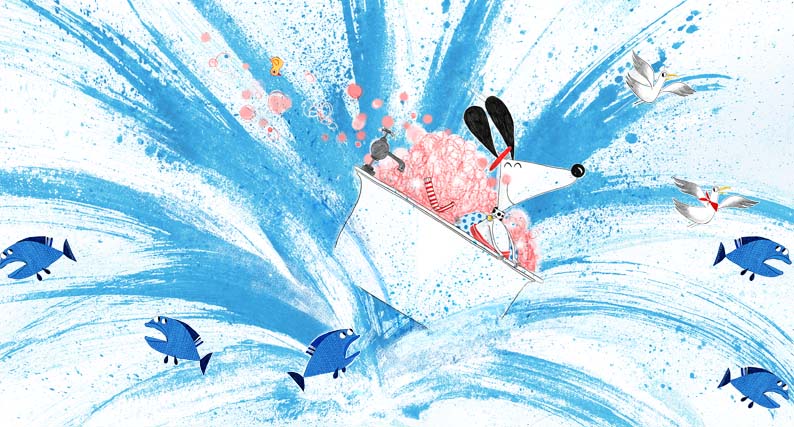 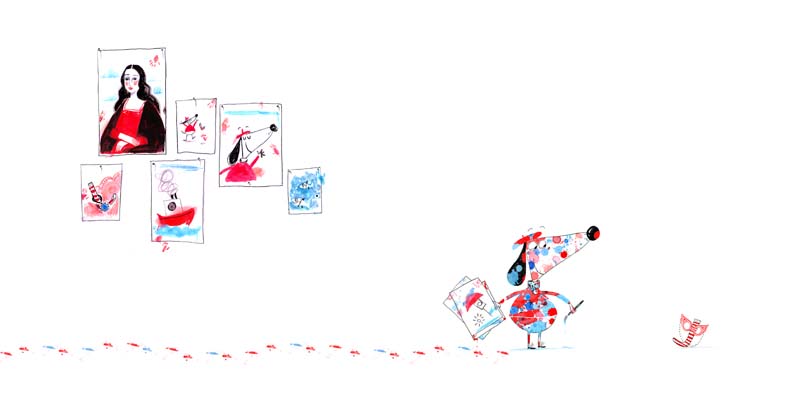 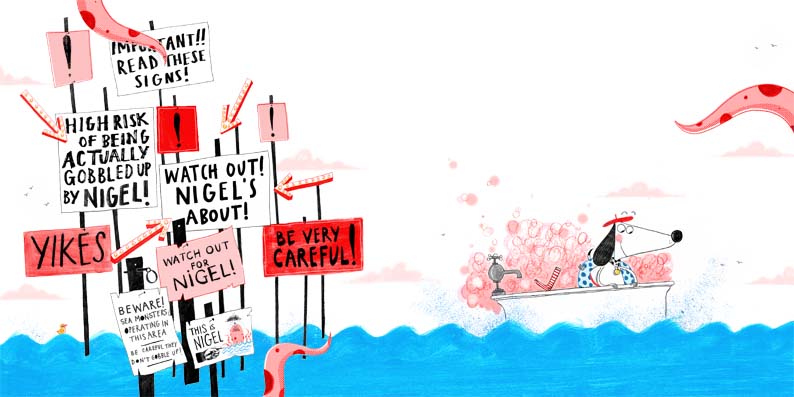 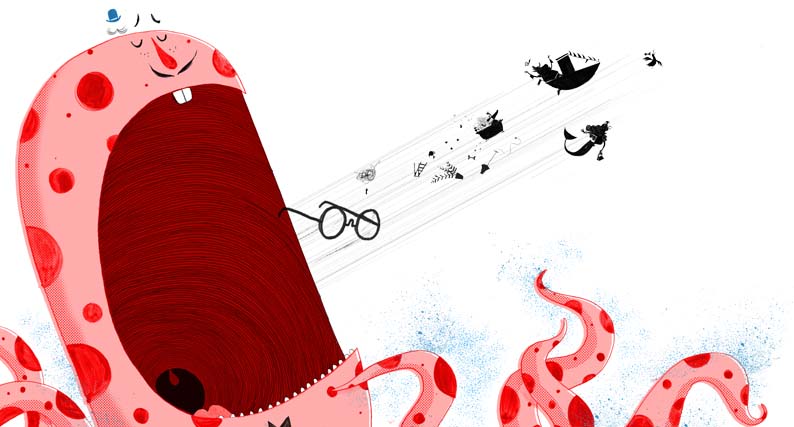 Stay tuned because later in the month, we will be talking about Claude’s upcoming and most exciting adventure yet…