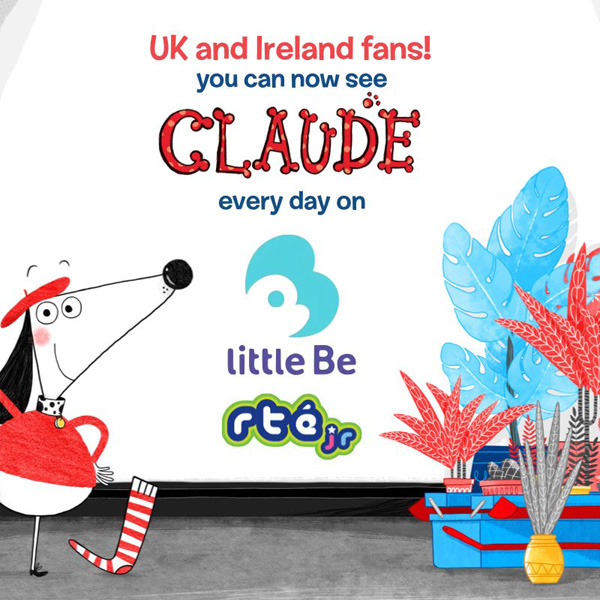 After taking Disney Junior by storm in 2018 with his very own animated series, Alex T Smith’s Claude now has his sights firmly set on terrestrial TV in the UK, so set your alarms and get the kettle on because at 9:25 every morning Claude and his chums will be gracing our screens on ITVBe.

Based on the much-loved, best-selling series of books by Alex T. Smith, Claude follows the humorous adventures of a little beret-clad dog, Claude, and his faithful sidekick, Sir Bobblysock. It is set in the cosmopolitan seaside resort of Pawhaven – home to an eccentric mix of larger-than-life-characters and colourful visitors.

The series was devised for television by Sixteen South and produced by Colin Williams, head written by Sara Daddy and directed by Tim Harper. The show first launched in 2018 on Disney Junior in all countries across Europe, the Middle East, Africa and Australia.

Simon Callow CBE said of his first ever role as a sock: “I just loved the character and the relationship between Claude and Sir Bobblysock. He’s very well written and the concept of the stories is very original. There’s a lovely innocence about the series, however it’s also odd and wacky. The characters are so vivid, funny and unexpected.”

Colin Williams, Creative Director at Sixteen South, added: “We fell in love with Claude from the moment we saw Alex’s amazing books – the humour, design and styling of Claude and his world are one of a kind. We’ve really enjoyed working with Alex to develop the series for children around the world to enjoy and are excited to see Claude come to a new audience on ITVBe and RTÉ Jr this autumn.”

Hachette Children’s Group have published four Claude TV tie-in titles – two activity books, the Snazzy Dress Up Sticker Book and Ever So Summery Sticker Book and two Claude picture books: All About Keith and Anyone For Strawberries? Both picture books are based on episodes of the TV show, written by Alex T. Smith. Order and pre-order HERE 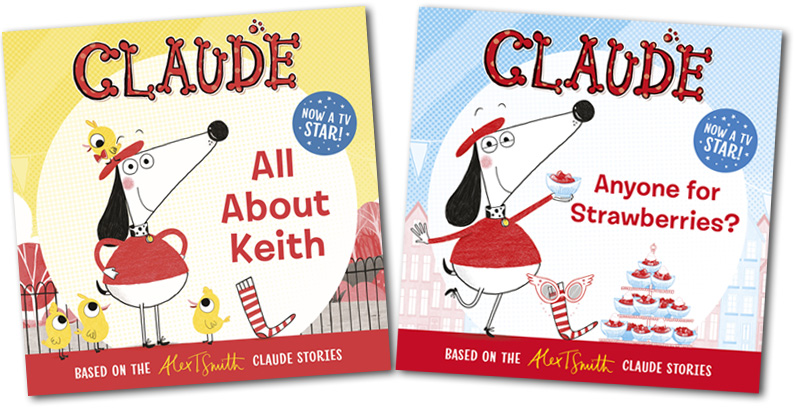 Author-illustrator Alex T. Smith added, “I’m absolutely delighted to see the Claude TV show come to ITVBe and RTÉ Jr. It’s been a joy to work with Colin and the team at Sixteen South on this series and I can’t wait for even more viewers to meet Claude on screen and in the new books!”

View Alex’s amazing online portfolio HERE .. or check him out on Twitter HERE

For more information about Alex and his work please email info@arenaillustration.com