Horses nicker, heart beats quicker, saddle up for the Pony Express! Joe Lillington‘s illustrations leap off the page in Ride On, Will Cody! A Legend of the Pony Express, by Caroline Starr Rose and published by Albert Whitman & Company.

According to legend, Will Cody (later known as America’s greatest showman, Buffalo Bill,) rode for the Pony Express at the age of fourteen. His most famous ride, recounted in this story, covered 322 miles and required 21 horses. He rode for 21 hours and 40 minutes straight. Will started the journey at the Red Butte station in Wyoming. When he completed his normal 76-mile run at Three Crossings, Wyoming, no one was there to take the mail so he continued on 85 more miles, to Rocky Ridge, Wyoming. There he traded mochilas, the saddle bags filled with mail, and rode all the way back to Red Butte, arriving ahead of schedule.

Joe’s imagery and attention to detail really drives this thrilling story, told in lyrical verse, across each spread as we follow Will riding through dust and rain over hundreds of miles.

Ride On, Will Cody! gets a great review from Kirkus:

“Horses and rider tackle time, distance, and the elements in this tribute to a legendary Pony Express gallop. As Rose freely admits, “legendary” may be just the word for Cody’s claim to have been a Pony Express rider. Nonetheless, in galloping rhyme she sends him on his way across Wyoming and back in a dawn-to-dawn dash that Lillington illustrates with scenes of the teenager pounding along past buttes and buffalo, through heavy rain, beneath orange and star-speckled skies in turn. It’s a horsey sort of episode, as both words and pictures specify breeds or types with each change of mount along the trail: “Trade a Mustang for a Morgan, / ‘Loo sa for a Thoroughbred. / Racing, flying, / ever riding, / hurry, hurry on ahead.” A double-page spread that presents eight separate vignettes of Cody on eight different horses as the sky darkens provides effective visual counterpoint to the verse. A final view of the horse and rider wearily finishing their long route as the sun begins to rise once again gives way to a painted portrait of the grown Buffalo Bill resplendent in his buckskins…” 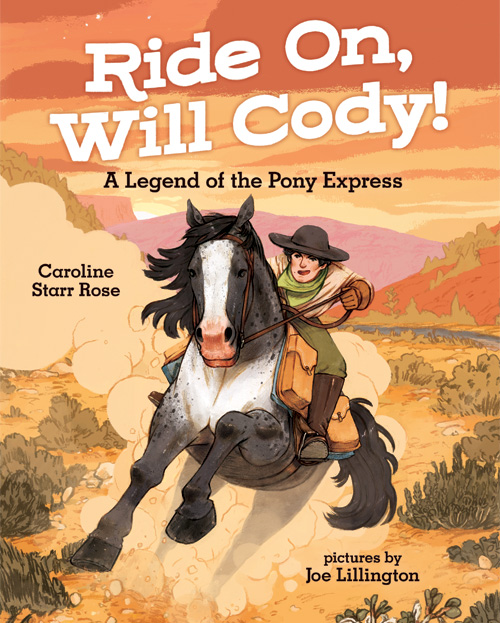 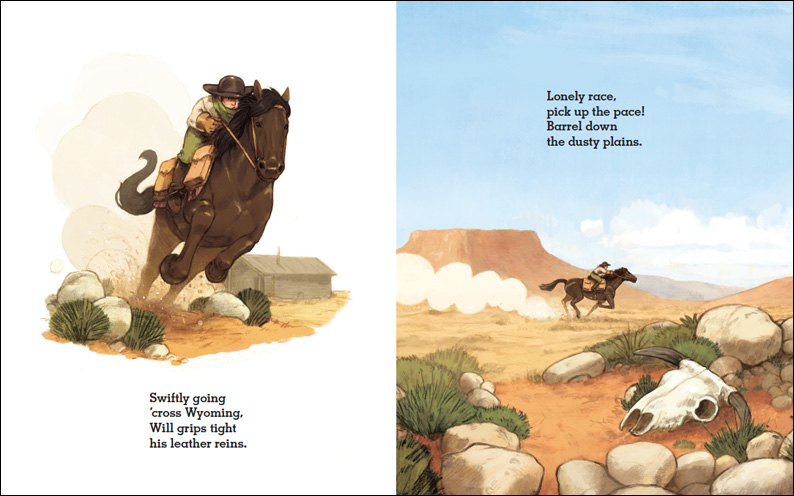 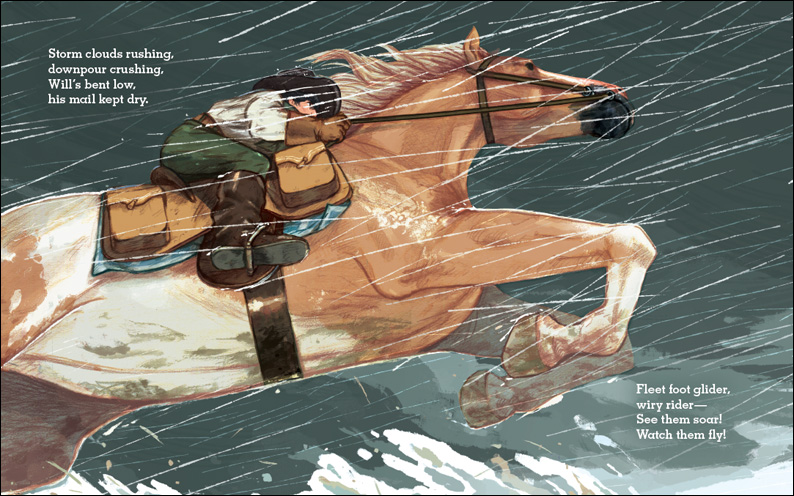 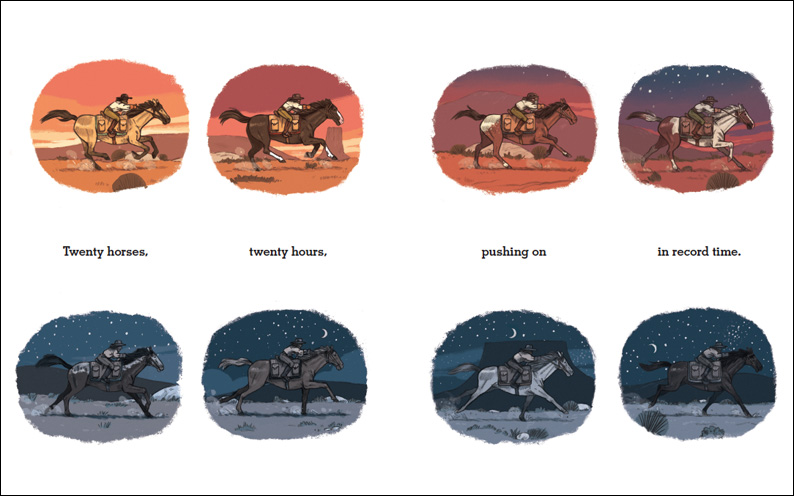 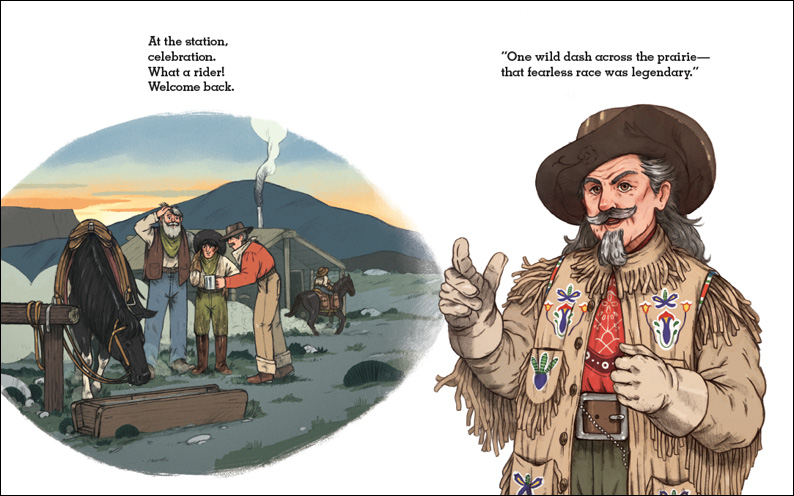