Steve May is back with more insane illustrations for the fourth in the series of The Diary of Dennis The Menace: Bash Street Bandit!, published by Puffin this month.

Dennis discovers that someone is out there trying to out-menace the Prankmaster General! He must use his super secret-agent detective skills to find out who this Bash Street Bandit is and prove to everyone once and for all, who is the most menacing Menace of all of Beanotown!

Steve’s line has an energy that brilliantly suits Steven Butler’s hilarious text. You can see some more of Steve’s illustrations on his own blog. And on publication day Steve does live drawing alongside Steven Butler in Puffin’s Virtually Live streaming event for kids hosted by Helen Skeltern. 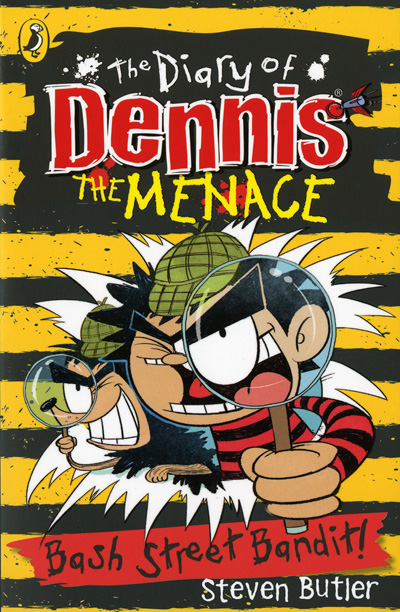