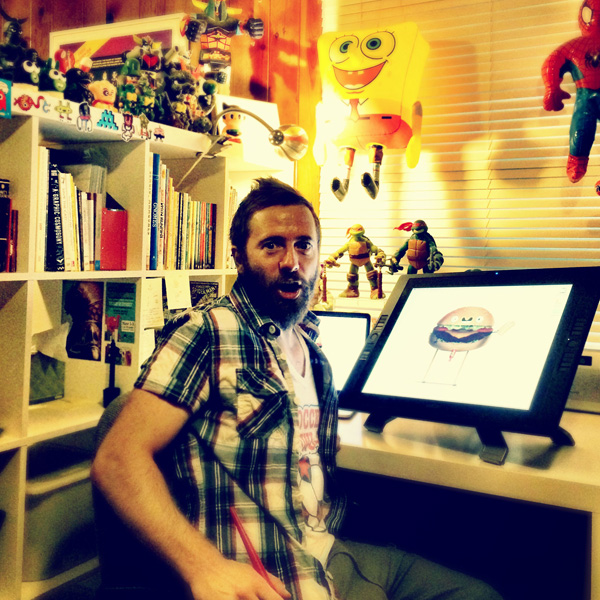 Chris Garbutt‘s love affair with doodling has taken him on a creative journey that has explored such a diverse range of roles within the illustration and animation industries, working in London, Paris and now Los Angeles. We’re never quite sure how he fits in his illustration work around his day job working for Nickelodeon Animation Studios, so we thought we had better ask him… 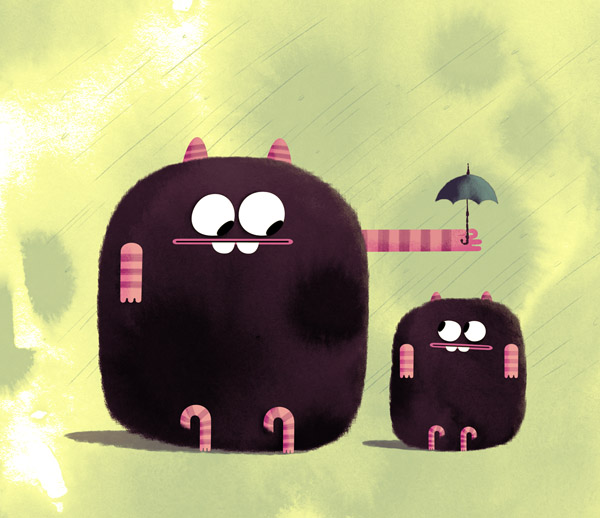 You have an eclectic professional skill base including animation, how do you think that influences the way in which you work? How do the animation and publishing industries differ?

One of the immediate differences is in a practical sense, that the majority of the work I’ve done in animation is produced with a team, working in an animation studio, in contrast to my illustration work which is done alone, in my studio, at home. Both processes and environments have their benefits, and it’s great to be able to enjoy both.

Working in an animation studio environment with a team of other artists and producers can be a fantastically inspiring place to be. In my 15 years (so far) of working in animation I have learned so much and continue to push myself with my work because of what I see my peers doing around me. I’ve been very lucky to work at places like Dreamworks, Nickelodeon and Cartoon Network and learn from the wonderful artwork of great designers, the story telling, humour and cinematography of fantastic storyboard artists, as well as observing and learning other skills on the practical, organizational side of animation production, such as handling budgets, schedules and managing teams of artists. So, working in an industry like that, and keeping your eyes, ears and mind open, you can pick up a lot of skills which you can then bring into other aspects of your work, such as illustration.

Are there any specific types of professional jobs which you really enjoy being commissioned for and why?

In regards to illustration work, I recently finished my first children’s picture book for Walker Books in the UK, and that was a really enjoyable and rewarding experience. I was given an awful lot of freedom to dictate the design, colour palette, layouts, technique etc. So it was a great opportunity to experiment and have a lot of fun. I really enjoy jobs where there is freedom for experimentation and you have the room to try things out and surprise (or horrify) yourself with the results.

It’s the same with animation really, the more you have the opportunity to put yourself into a project, the more you enjoy it. Whether it’s working for someone who allows you to blossom like that, or just working on your own stuff, it’s infinitely more rewarding than doing a project that shackles your creativity. 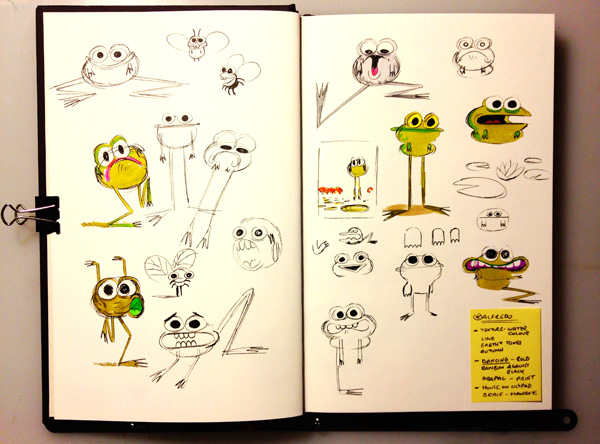 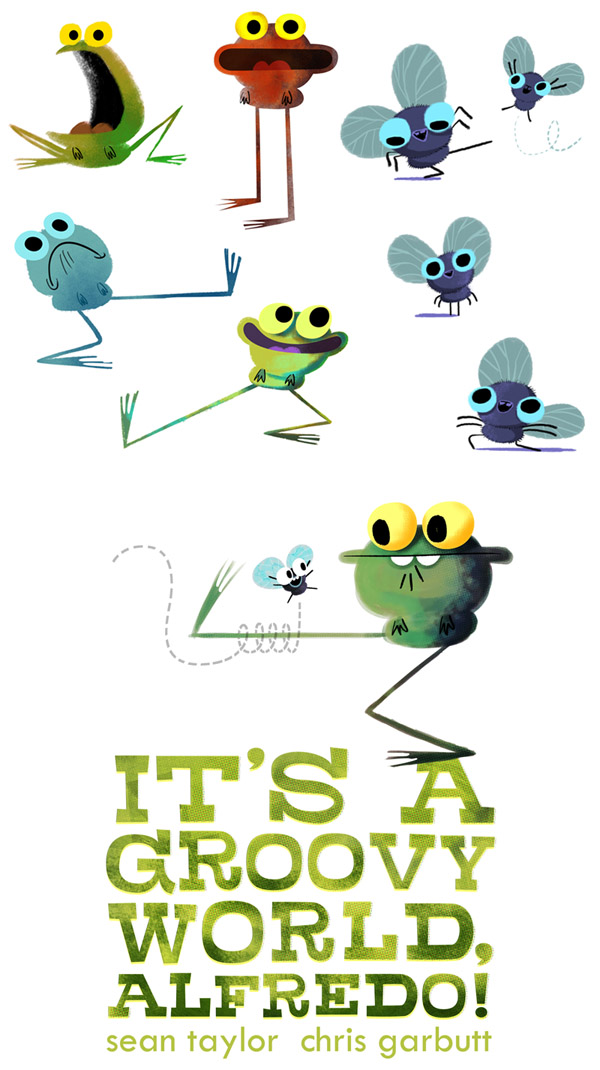 Your work is incredibly vibrant and full of life, is colour palette something you think about before you start working on a specific piece for artwork? And which pieces of advice would you give us regarding the selection of an evocative and appropriate palette?

I often come into a job with a palette in mind, but first and foremost I try to choose a palette based on the job. It depends what mood, feeling or atmosphere you’re trying to set, what the narrative is (the story the image is telling), and just basically getting to the root of what it is you’re trying to communicate with the image.

Colours do have an inherent power to evoke certain moods and feelings within the viewer/audience, so the more you can understand that, the better you can use the colour to enhance your images and the experience you want them to relate. 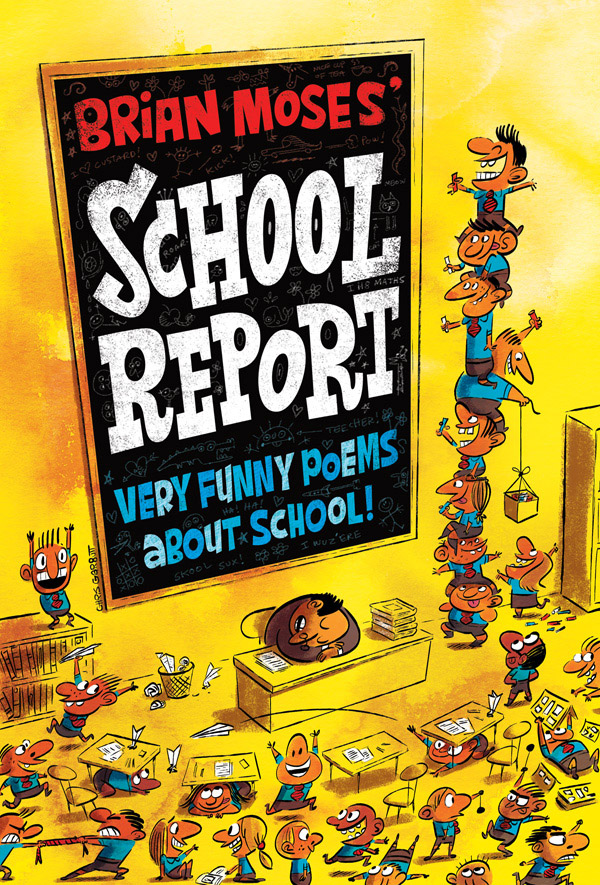 If you could see one of your projects on television which would you choose and why?

Funnily enough, right now I’m actually working for Nickelodeon Animation Studios in Burbank, California in their development unit as a Supervising Producer. My job is to create, develop, pitch and produce original ideas for animated content, TV series etc, as well as help oversee other projects in development. So, to answer your question, I have A LOT of projects that I would one day love to see on television!

Currently I’m developing a show called Pinky Malinky. It’s about an eleven-year-old boy at Junior High School who just happens to be a wiener, and I mean a REAL wiener. He’s an actual hotdog sausage! 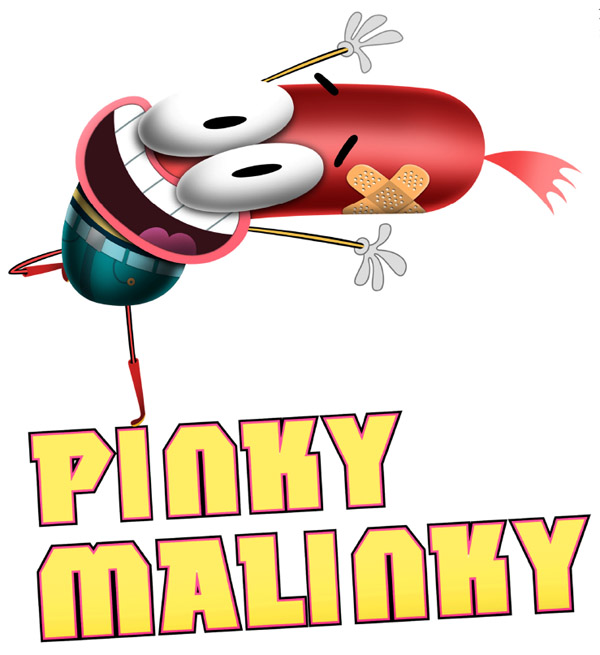 If you could collaborate with one band or author who would you choose?

I’d love to work with Mudhoney (Seattle rock band). They were my favourite band growing up and they seem to actually have a sense of humour! My authors of choice would have been Roald Dahl, Spike Milligan or Sue Townsend, but as they’re all currently unavailable I’d have to go for David Sedaris, Augusten Burroughs or Stephen Fry.

Are there any books, cartoons, comics or toys from your childhood which still inspire you now?

The Beano and Sergio Aragones’ Groo the Wanderer are two comics that will forever inspire me. Everything by Roald Dahl is a constant source of wonder in the book department, and I could spend many hours staring at the absurdity and colourful splendor of He-Man toys.

In regards to cartoons/animation, I grew up on a healthy diet of A LOT of cartoons and they all inspire me in very different ways, even the really bad ones. I try not to be a snob when it comes to my likes and dislikes with animation, and growing up loving He-Man and Thundercats, I don’t think I have any right to be. I just love the feeling I had waking up early on a Saturday morning and binging on cartoons. It wasn’t high art, it was just pure, anarchic, irreverent, colourful, throw-away fun. The feeling that those kind of cartoons gave me as a kid still inspires me today with everything I create. 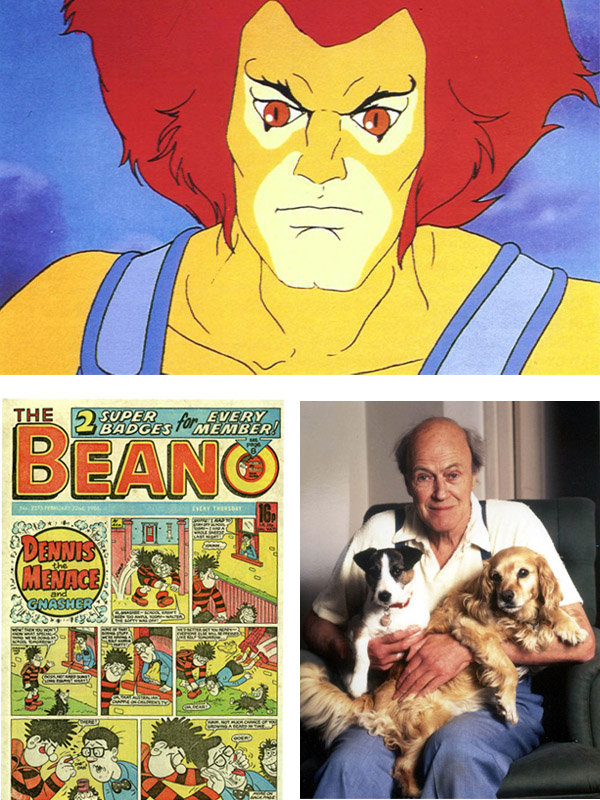 Thundercats, The Beano and Roald Dahl

Can you tell us a bit more about your involvement in the brilliant Moose Kids Comic project?

Since I’ve known Jamie Smart (creator of Moose Kid Comics) we’ve always shared a love of British comics like The Beano, Dandy, Whizzer and Chips, etc. The fun, anarchic, almost throwaway quality that these comics had was something that heavily influenced the both of us as we were growing up. We got chatting about how, aside from The Beano, there wasn’t anything like that left on the shelves for kids any more. We both wanted to rectify that and produce an all-ages, fun comic, with the intention of getting kids interested in comics again. Jamie shared his Moose Kid Comics idea with me, and I thought it was fantastic. So I, along with Andy Davidson, acted as Editorial Advisors on the project. I also produced a couple of strips for the comic itself.

Jamie has done an incredible job of putting it all together and the breadth of talent he’s recruited to be involved is staggering. It’s been a real passion project for me, as I am sure it has been for Jamie too, and I really hope it takes off, strikes a chord with people and we get to produce a lot more issues! 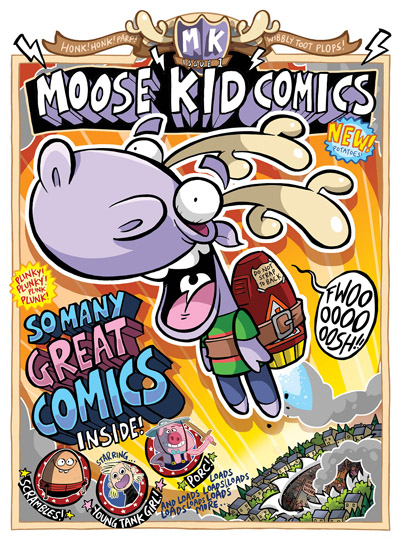 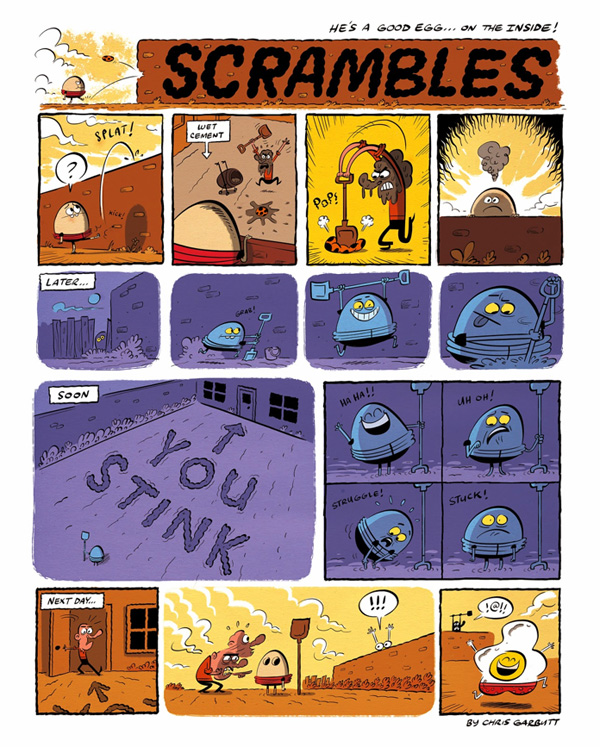 You are based in an enviably glamourous location in LA, quite a stones throw from West Yorkshire, tell us a bit about your work space? What can you see out of your window and what’s on your bookshelf?

I’m extremely lucky to have two workspaces! I have an office at Nickelodeon and a basement studio at home. What both of these spaces have in common is that neither one has a view out of the window! But they both do have walls absolutely plastered with artwork, pictures, posters, drawings, postcards and just an abundance of reference and inspiration to keep the creative rivers running.

On the desks in both spaces I have computery-gubbins (a Mac attached to a Cintiq) as pretty much all the work is produced digitally. I also have a separate desk set up at home with real paints and pens, so I can jump into actual REAL painting and drawing whenever I have the time.

On the book shelf at home next to me now are lots of things. As well as an army of toys, there are various comics, Roald Dahl books, Moomin books (many kids books in fact!) and an abundance of graphic novels. There’s a lot of art books -Sergio Aragones, Charlie Harper, David Wiedman, Ryohei Yanagihara… all kinds of stuff really. The books in the book-shelves next to my desk tend to rotate quite regularly depending on what’s inspiring me at the time.

You can see more of Chris Garbutt’s creative output and ponderings on his Visual Phooey! blog.
[/two_third_last]