When we first took on Aleksei Bitskoff we were fascinated by his little monsters, they were everywhere – as doodles in his sketch book and in all his illustrations. At first, we wondered if he drew anything else! Since then we’ve learned that he can draw a whole heap of different things but we still love his little monsters. We asked him to spill the beans about these characters and the ideas behind them.

“I call them Chudiki in Russian, which can be translated into English as something like the Little Monsters. I would always doodle these imaginative creatures here and there,  at school, then at university and my day job, anytime I had a free moment. I often carry a sketchbook and draw every crazy idea that pops into my head. There is no preparation or planning involved in these drawings – most of them come to me as they are. I use a pen and paper, so I am not able to erase mistakes. The coloring happens later in Photoshop, where sometimes I like to add a few extra spontaneous lines or ornament. The nature of such doodling creativity is sudden, powerful, lightning quick and full of fun. Constructed from different images which I’ve seen somewhere and mixed thoroughly in far away corners of my consciousness – each “chudiki” character can tell us something interesting. For example, there is a little creature with a dragon like beast coming out of his belly – it was inspired by James Cameron’s film, “Alien”. The Alien bandits with crazy alien guns were inspired by Tarantino movies. The little troll with a bush of hair on top of his head is rolling a hoop – it was inspired when I was travelling in India, watching how kids joyfully played with bicycle rims. There are quite a few different looking rabbits and one of them is wearing a gas mask – I like the contrast between cute and creepy at the same time.My monsters love to do all sorts of human activities – they travel, they dance, meditate, play music, laugh, scare each other, whistle, take photographs and some even have bad habits, like smoking. Crazy characters I would say – What is a “character” after all? It is something full of life, with distinctive characteristics and an interesting story behind it. Well, the story of these monsters is not yet fully told, we can imagine it together!”

If you want to see more Chudikis, then watch Aleksei doodling in action on YouTube. Templar Publishing are also BIG fans of his little monsters and will be launching Aleksei Bitskoff’s Monster Party along with 7 other new titles in their Pictura – Art to Collect and Colour series on April 1st. We’re looking forward to getting our colouring pencils out for that. 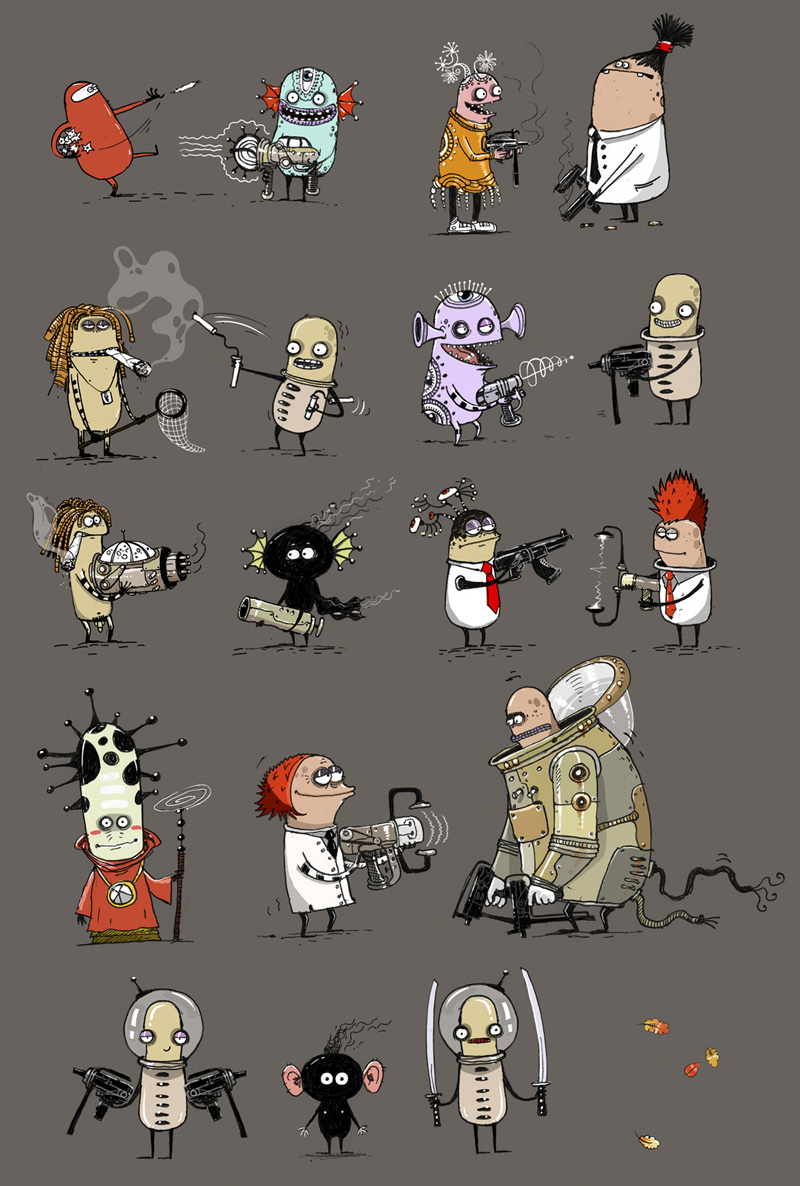 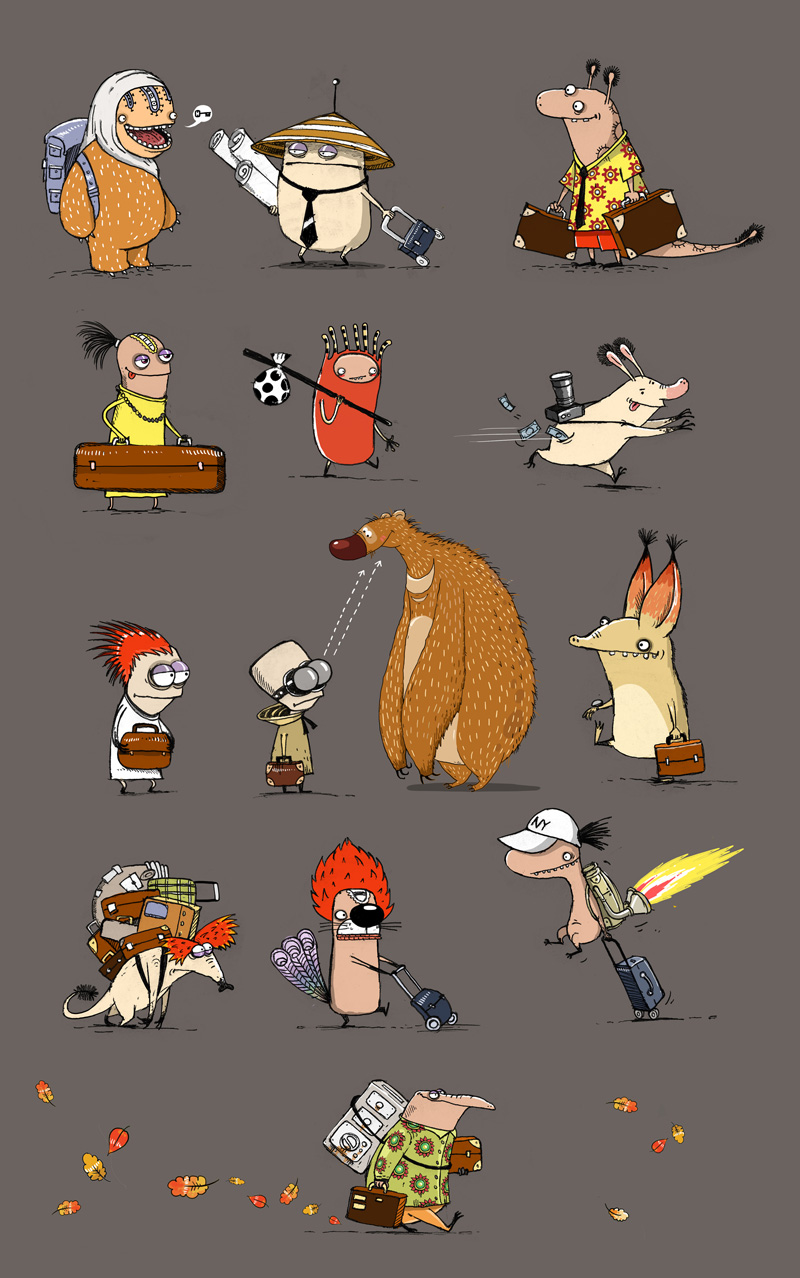 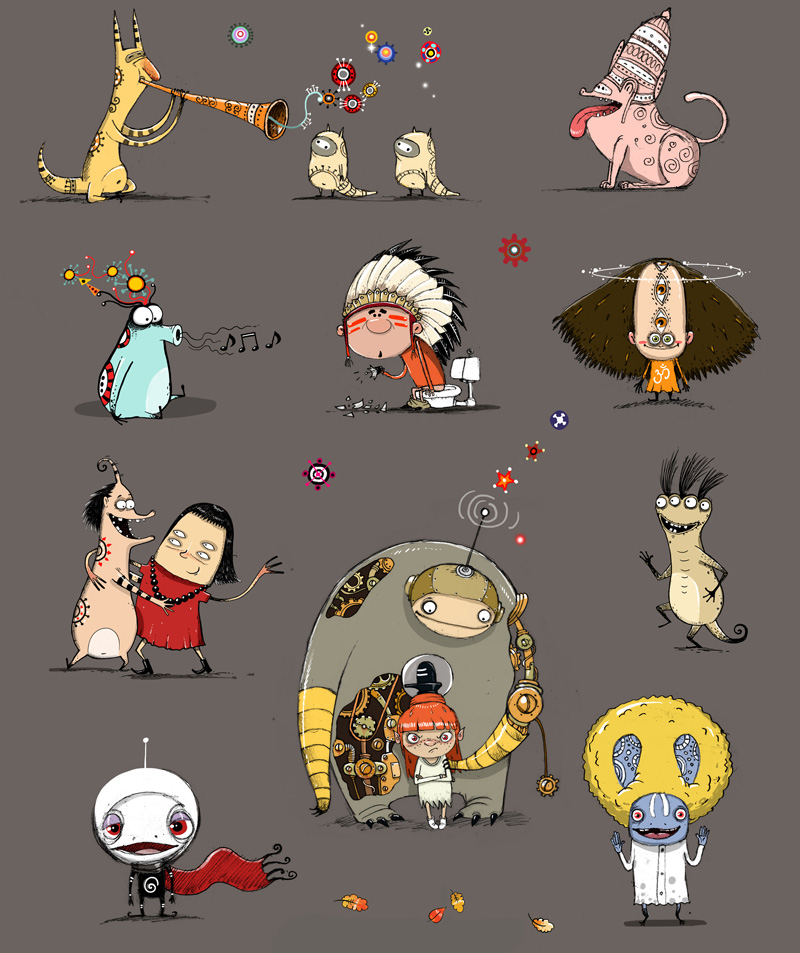 We're celebrating World Book Day 2018 with a out of this world adventure by Pamela Butchart and Thomas Flintham in the latest mad cap...