You can find out all about the first story on our previous blogpost link and see a trailer for the book on youtube.

But this is all about the second story in our series starring Super Rabbit Boy.

Sunny is playing his game in his sitting room with his family but this game is only for one. Super Rabbit Boy has received a letter from King Viking claiming that he will build a super robot with the help of the legendary ‘super power up’, to save animal town Super Rabbit Boy will have to find it first. His quest is to solve the riddle of where the ‘super power up’ is hidden, taking him through the Secret Lands to the Secret Dungeon. Our hero has to find three keys to open three doors to defeat each mini boss lurking behind each of the doors, he has got be clever. Meanwhile Sunny’s family try to help him solve the games’ riddles and in the end his sister Rue solves the clues and Super Rabbit Boy finds the ‘super power up’ only to come face to face with his arch enemy King Viking, who was waiting for him with his Super Unbeatable Robot but just as all looks lost Super Mega Power Up transforms him into Super Mega Rabbit Boy who defeats the evil King and his robot. The family team get to the end of the game. 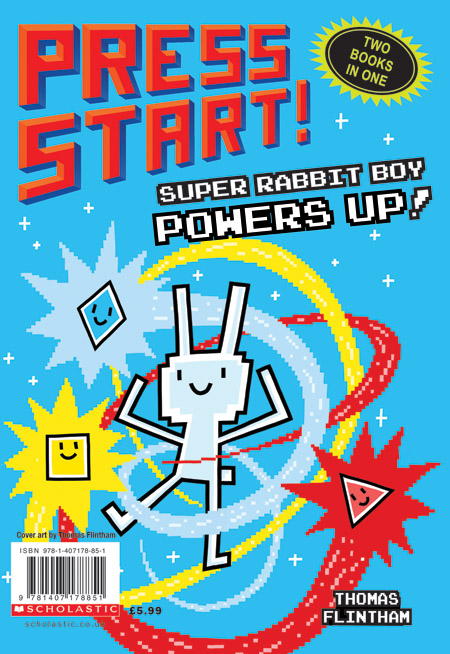