The Official A Game of Thrones Colouring Book

This is the perfect gift for fans of George R. R. Martin’s A Song of Ice and Fire and HBO’s Game of Thrones. The Official A Game of Thrones Colouring Book features more than forty-five stunning black-and-white illustrations from five world-renowned illustrators including Yvonne Gilbert and four Arena artists: John Howe, Tomislav Tomic, Adam Stower and Levi Pinfold.

“All Men Must Draw” 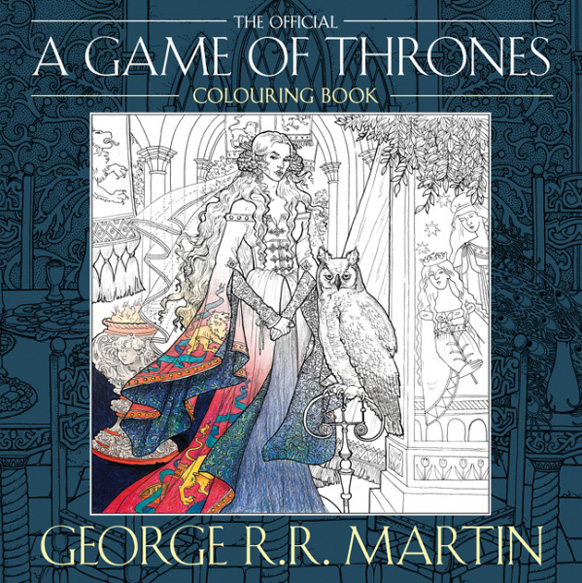 “When the Mad King Aerys II Targaryen had demanded their heads, the Lord of the Eyrie had raised his moon-and-falcon banners in revolt rather than give up those he had pledged to protect.” – A Game of Thrones 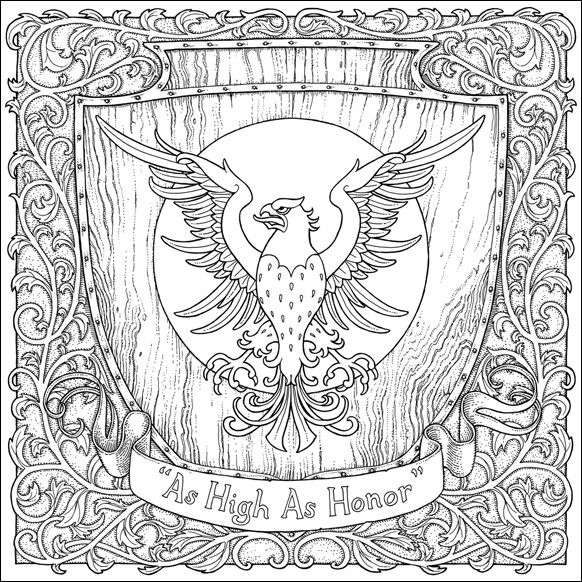 As High As Honor, Tomislav Tomic

“Just ahead, the elk wove between the snowdrifts with his head down, his huge rack of antlers crusted with ice. The ranger sat astride his broad back, grim and silent. Coldhands was the name that the fat boy Sam had given him, for though the ranger’s face was pale, his hands were black and hard as iron, and cold as iron too.” – A Dance with Dragons 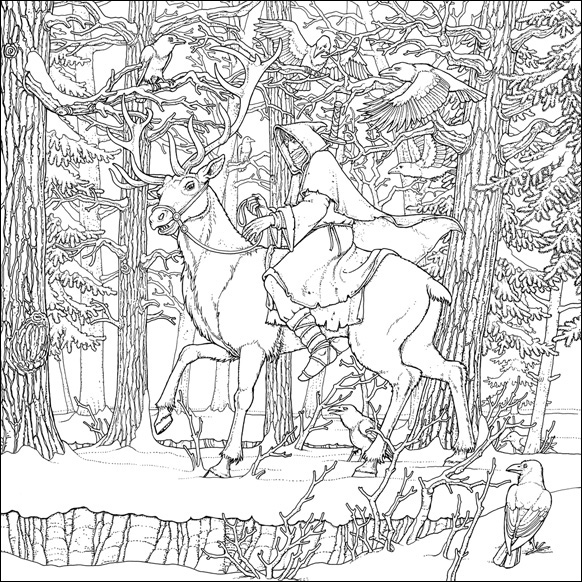 “It would be better once they got to Harrenhal, the captives told each other, but Arya was not so certain.” – A Clash of Kings 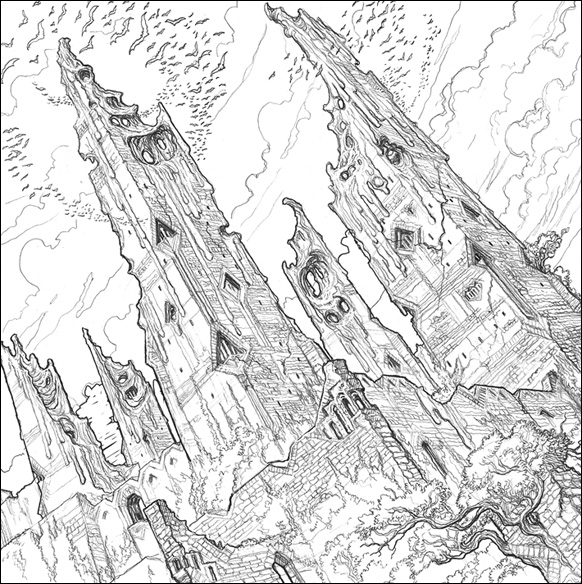 “He is giving me his son’s sword. Jon could scarcely believe it. The blade was exquisitely balanced. The edges glimmered faintly as they kissed the light.” – A Game of Thrones 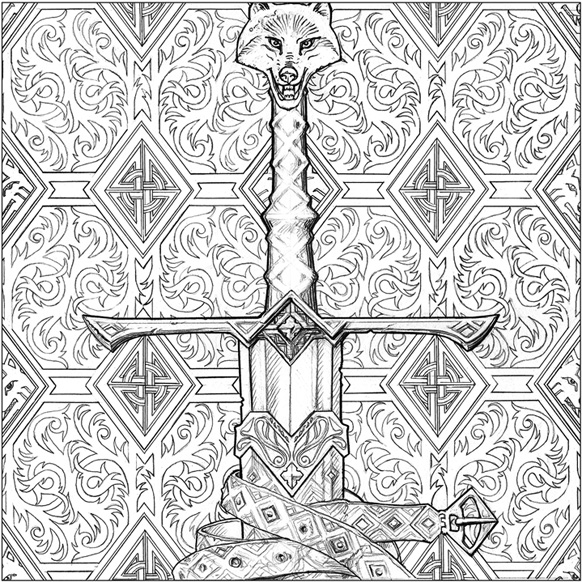 “”It’s no freak,” Jon said calmly. “That’s a direwolf. They grow larger than any other kind.” – A Game of Thrones 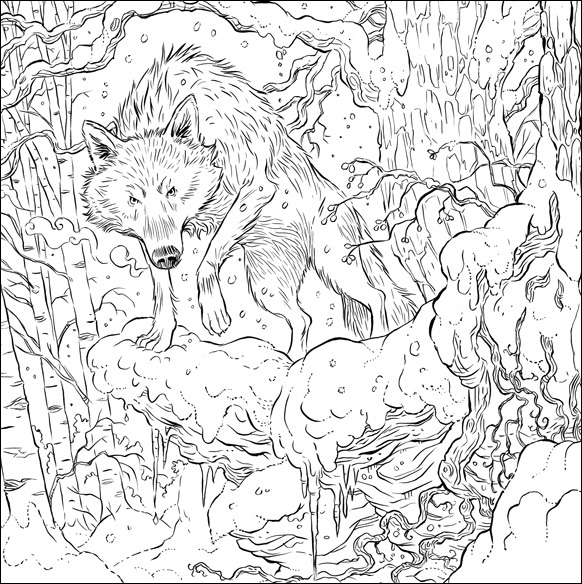 “Dark wings, dark words, Old Nan always said, and of late the messenger ravens had been proving the truth of the proverb.” – A Game of Thrones 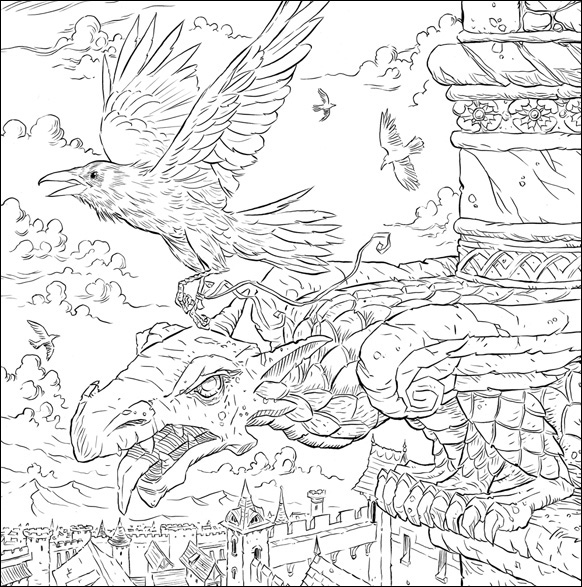 “The jousting went all day and into the dusk, the hooves of the great warhorses pounding down the lists until the field was a ragged wasteland of torn earth. A dozen times Jeyne and Sansa cried out in unison as riders crashed together, lances exploding into splinters while the commons screamed for their favourites.” – A Game of Thrones 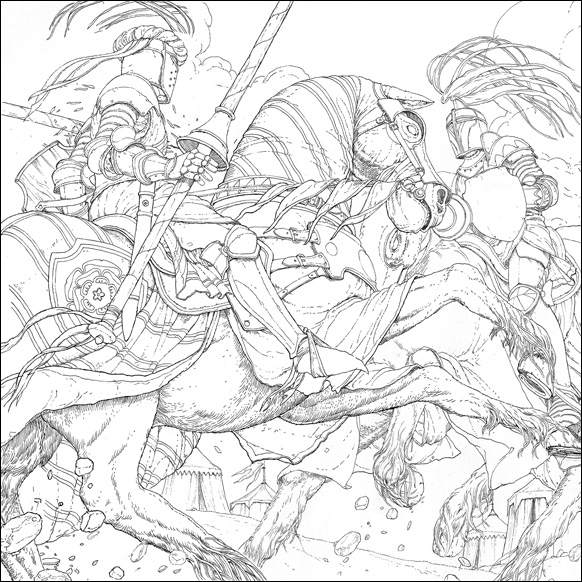 “Other carts were loaded down with silver plate, weapons and shields, bags of flour, pens of squealing hogs and scrawny dogs and chickens.” – A Clash of Kings 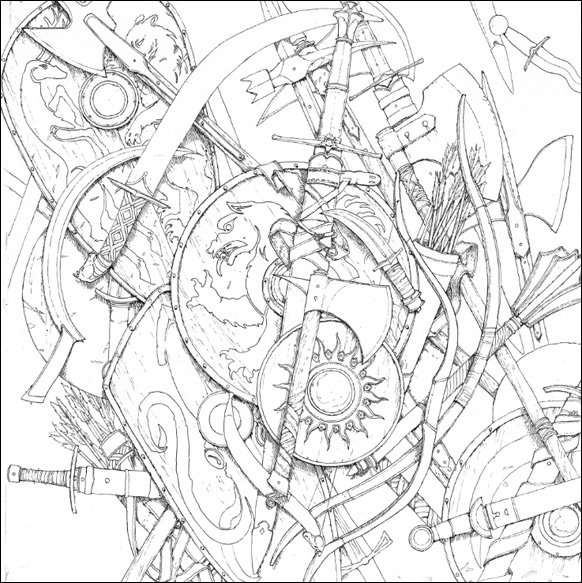