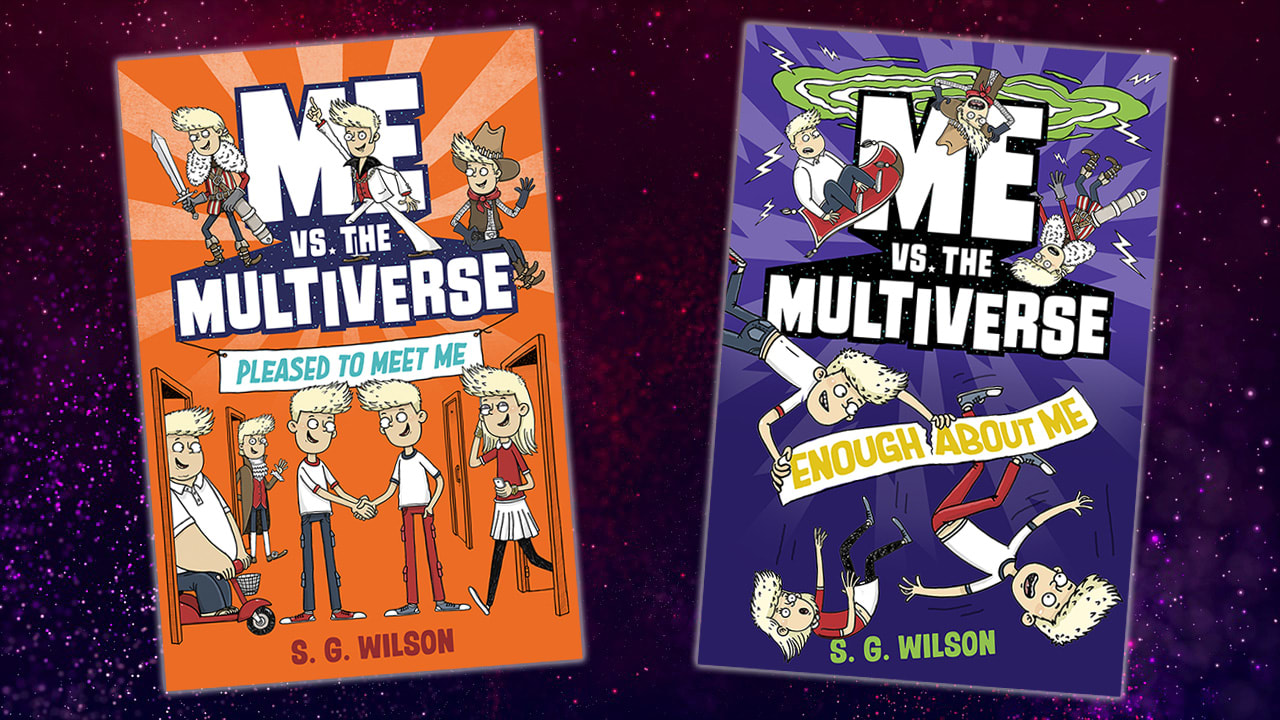 Get ready for some crazy comedy capers with the latest laugh-out-loud two part fiction series illustrated by Aleksei Bitskoff. Me Vs the Multiverse, published by Penguin Random House in America and written by S.G. Wilson.

Dotted throughout with character illustrations and inviting chapter openers, in at times baffling scenarios where the main protagonist, Meade Macon,  meets various versions of himself in a multitude of different guises and parallel dimensions. Aleksei has done a magnificent job of bringing these sci-fi comedy stories to life with wit and charm.

Book 1: Pleased to Meet You - Oh Me Oh My! It all starts with a note folded into the shape of an octopus with a message reading: "Hi, Me. Yes, You. You're Me, and I'm You"... If you belive this and the origami notes that keep on coming - which middle schooler Meade Macon absolutely, positively does NOT - the concept of parallel dimensions is true, and there is a convention full of alternate versions of Meade waiting for his RSVP. It's got to be a joke. Except... the octopus is an origami fold Meade thought he invented. And the note writer has a lot of intel on him that nobody else would know. (I mean, he's told his best friend, Twig, a lot about himself, but he's definitely kept mum about that time he sleepwalk-peed into his Lego container when he was six.) Could Me Con be a real thing? And should he go? 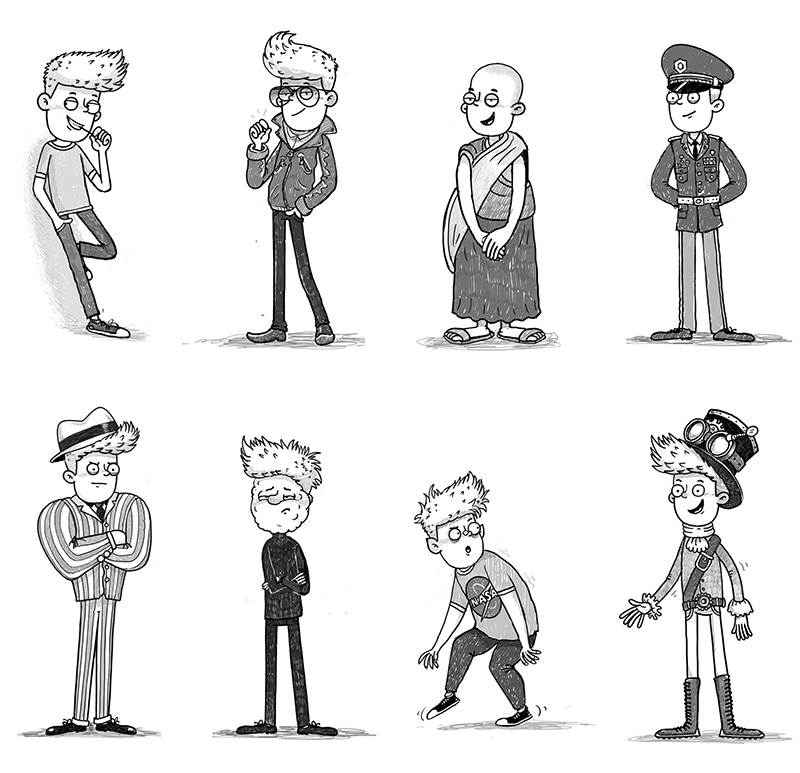 Book 2: Enough About Me - Dear Me! Saving the multiverse starts with another origami note message reading: "Make it Here, Pronto"... This time Meade Macon, aka Average Me, knows that parallel dimensions are real. He's met dozens of his conterparts from other Earths. What he doesn't know is that they're all about to get zapped out of existence. On Earth Zero, a rip in the multiverse is spreading to other realities and causing chaos wherever it appears. And, the different versions of Meade - the-Mes - are caught in the middle! Motor Me, Resist Me, and Hollywood Me just want to go back home to their own Earths. The only way to do that is to repair the rip. Once again, it's up to Average Me! But if Average is going to fix the multiverse, he just might have to team up with his archnemisis... Meticulous Me. 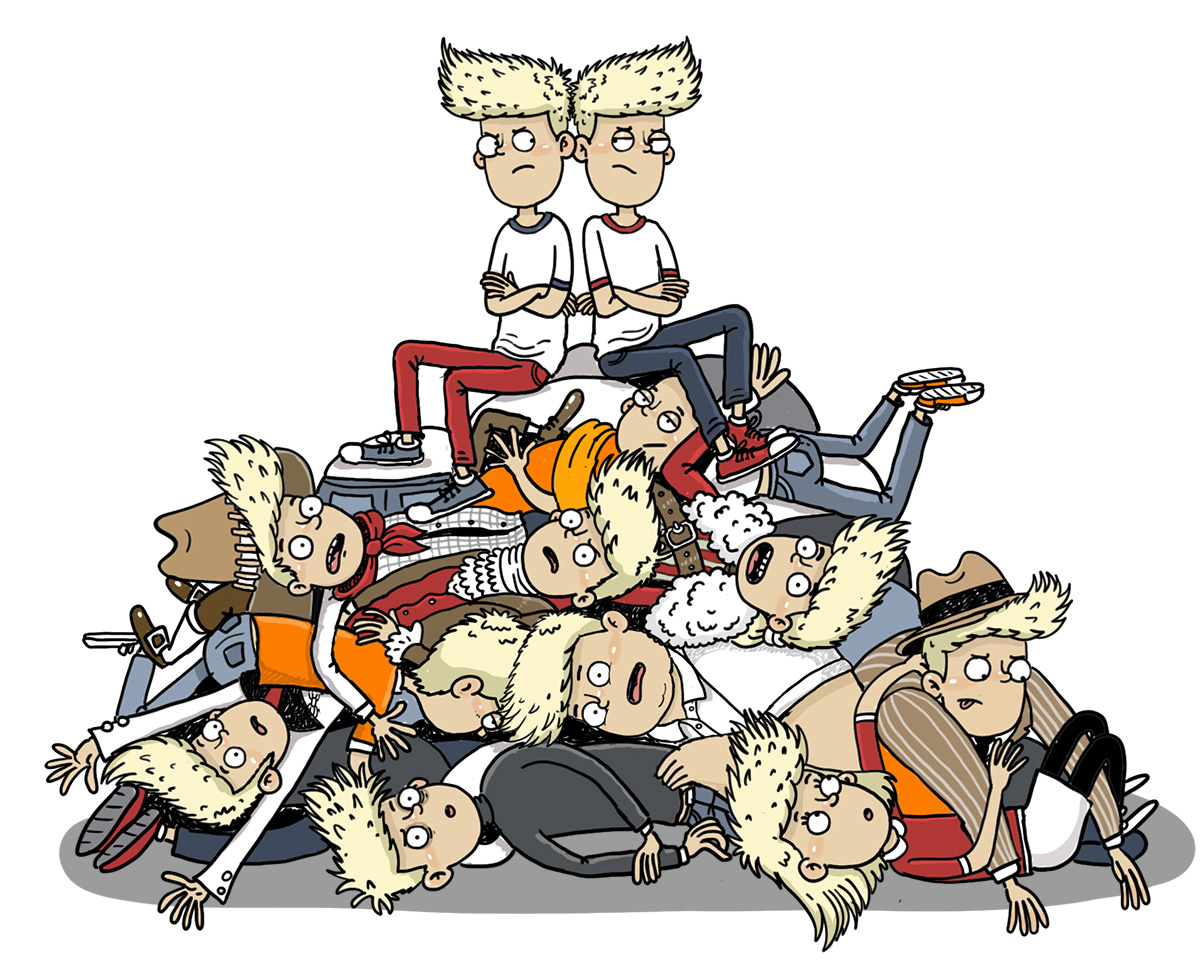 This wonderful duo of books has already been highly praised in the press and we couldn't agree more, these funny stories combined with Aleksei's delightfully charming characters demand to be enjoyed over and over again.

“This fun, quick read will appeal to kids who like humour and adventure without the scary.” —School Library Journal

Aleksei has quickly become a favoured go-to artist for middle-grade illustrated fiction for children. Having collaborated with big names in the world of publishing such as Louis Sachar, Comedian Humzar Arshad, Maz Evans and Steve Cole. His comedic visual take on slapstick situations and his intuitive skill for character design means he is the perfect fit for this genre.

You can find mad musings, crazy draw-alongs and sneak peeks behind the scenes over on Aleksei’s Twitter and Instagram feeds, You can also view his fabulous newly updated portfolio over on our website HERE.

For more information regarding collaborating with Aleksei please email info@arenaillustration.com

The Very Worst Vikings Are BACK...

From the global bestselling author Francesca Simon and superstar illustrator Steve May...