Graham created the beautiful cover artwork for the book as his first book cover commission and the results were very well received, his stylish portryal of the charaters in the graveyard show a glimpse of the eeire tale told within.

“A Digger must not refuse a request from the Dead.”

Ian Fosser is the last in a long line of Gravediggers. It’s his family’s job to bury the dead and when called by the dearly departed, to help settle their worries so the spirits can find peace in the beyond. The problem is Ian doesn’t want to help the dead – he wants to be a Healer and help the living. But Fossers are Gravediggers and that’s that. So he reluctantly continues his training under the watch of his undead mentor, carefully avoiding the path that leads into the forbidden woods bordering the cemetery and hoping every day that he’ll never be called. Then a cheeky little skeleton who doesn’t play by the rules comes back to life, luring Ian into danger and to the doorstep of a coven of Weavers, dark magic witches who want only two things – to escape the murky woods where they’ve been banished and to raise the dead and shift the balance of power back to themselves. Only Ian can stop them. 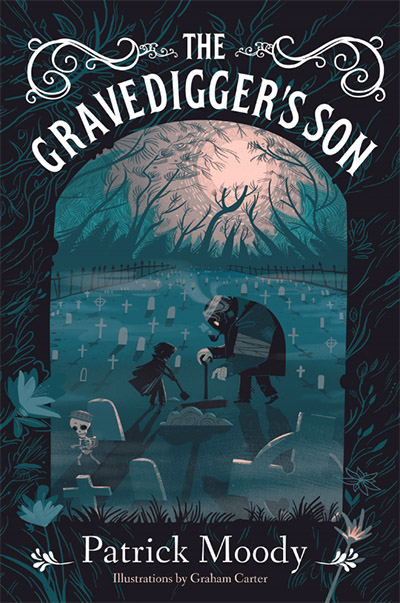 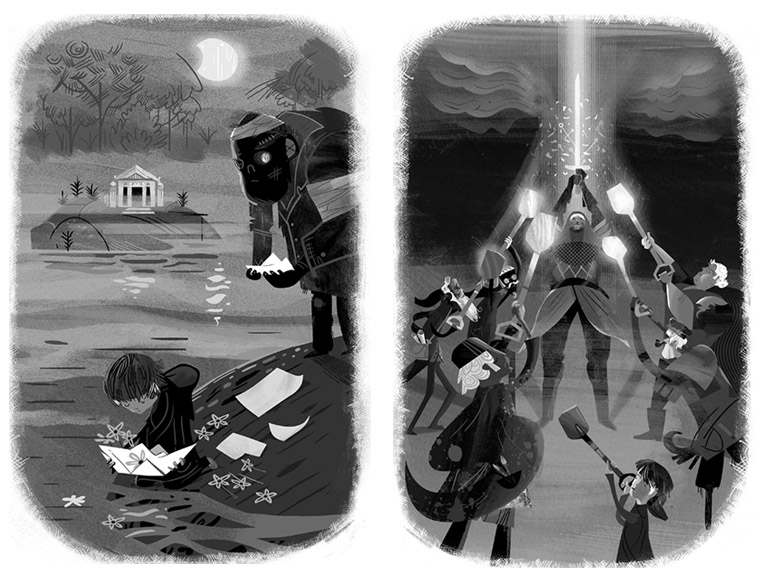