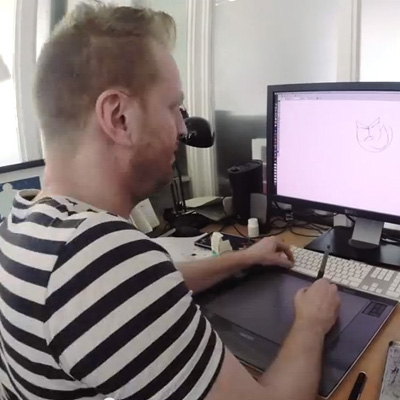 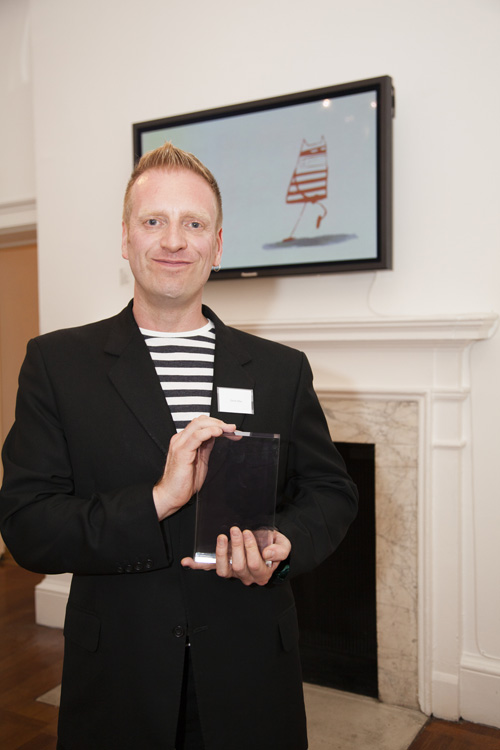 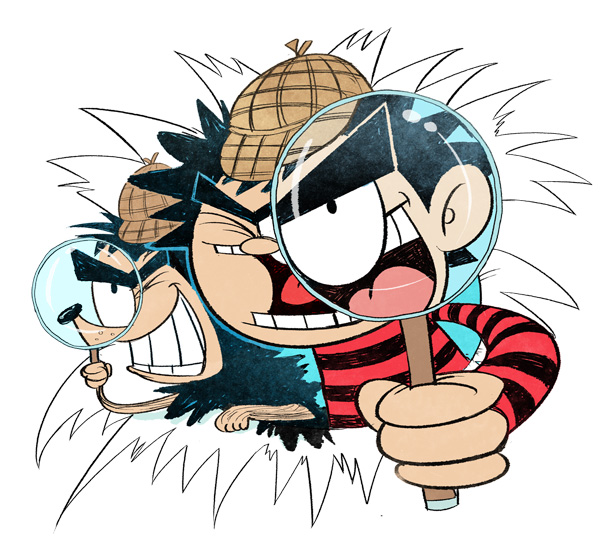 Steve May’s illustrations have a canny resemblance to the man himself – they’re anarchic, mischievous, animated and quite often wear stripey tops!

Do you find having a background in animation influences the way in which you work and how do the two disciplines differ?

I think the animation background definitely influences my approach to characters’ movement and poses – I tend to favour fairly dynamic poses and a liberal dusting of ‘exaggeration’ in a lot of my work. Stylistically I think I’ve been influenced by lots of cartoon design especially from the 1950’s and ’60’s. I love a lot of the UPA studios stuff, Tex Avery, Chuck Jones and Heinz Edelmann‘s wonderful designs for Yellow Submarine among others. Animation differs in that it takes a hell of a lot more time to create and is often about repeating & refining a sequence to make it appear spontaneous. It’s also generally a team effort, so as a director it sometimes involves more ‘pointing and shouting’ than illustration which is a more solitary task (and you generally feel a bit silly pointing and shouting at yourself, although this has occurred on occasion!)

If you could animate one of the books which you have illustrated which would you choose and why?

I often think about how the characters would move while I’m drawing them, although sometimes the joy of drawing them is knowing I don’t actually have to animate them because it’s hard work! Of recent books I think Silly Name for a Monster by the very funny Timothy Knapman would be fun to animate – it’s a very funny story and I had huge fun designing the monster and the other characters so it would be lovely to see how they’d behave (although there’s lots of horses & a donkey in the book – they’re hard to animate – lots of legs!) 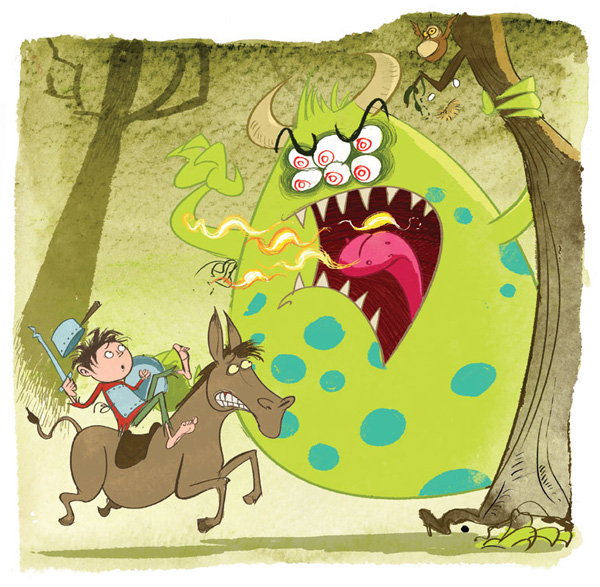 Silly Name for a Monster, Written by Timothy Knapman

What is the most satisfying aspect of your job?

The fact that somehow I’m allowed to make a living from drawing pictures is pretty much as good as it gets. I still occasionally have to pinch myself some days. I also love the idea that my work is making someone, somewhere, laugh out loud!

Can you give us a 5 step guide to teach us to draw our very own Dennis the Menace?

What has been your career highlight thus far?

I like to think I’m always looking ahead to the next exciting project so hopefully there will never be one highlight, just lots of them in a row! It’s always flattering to win a few awards (The AOI Images 36 Gold Award and Images 34 Gold Award) but I think the fact that I’ve been able to sustain this as a career for this long is a highlight in itself. I also had a lifetime ambition realised when I was commissioned to draw Dennis The Menace and Gnasher for the Puffin. I’ve recently completed the illustrations for the fourth title in the series, The Diary of Dennis the Menace: Bash Street Bandit, which will be released on 5th February 2015.

Do you find online platforms are of value for promoting you and your work?

I find online platforms like Twitter and Facebook (or the ‘time-sponge’ as I refer to it) are invaluable to my general level of procrastination and the amount of time I spend clicking on those ‘you won’t BELIEVE what this talking cat says’ type of posts. I do post a lot of work online and I love getting insights into the way other people work which is often incredibly inspiring. I think it is useful for self promotion to a point although on Twitter I feel like I’m generally bellowing into the void especially when new artwork posts generate the equivalent of ‘digital tumbleweed,’ which can be slightly dispiriting.

Do you keep sketchbooks and if so, how often do they prove the beginnings of a fantastic idea which can be developed?

Yes, I’m a compulsive sketchbook user and a lot of my work is generated from ideas that I’ve jotted down in them. I spend a lot of time lurking in cafés & other places, listening into people’s conversations and drawing them. Sometimes a piece of work will be inspired by a phrase I’ve overheard (or misheard). 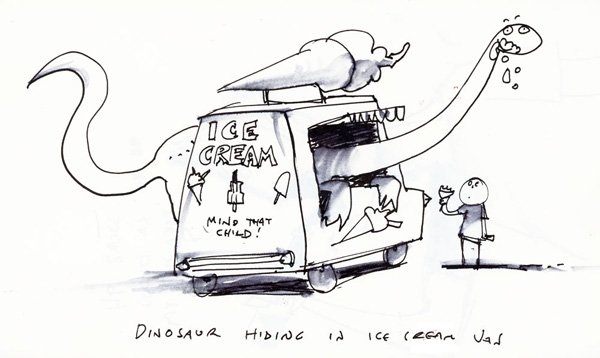 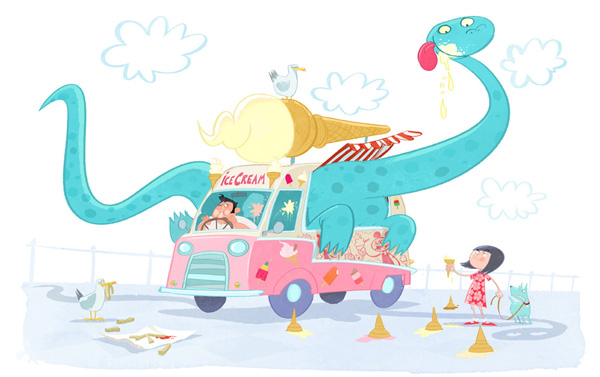 This was inspired by the (very logical) question of how a dinosaur might be able to hide in an ice cream van (Disclaimer : Occasionally my detractors take issue with accuracy / plausibility of some of my images and with this one I will hold up my hands and admit that Fab lollies & Sky Rays were probably made by different ice cream firms so might not really co-exist within the same van. I am extremely sorry if anyone is offended)

Which piece of advice would you give to a newly graduated illustrator about to embark on a career in the publishing industry?

I think it’s important to be aware that it’s a very competitive career, it’s often hard work and you should have some idea of where and how your work will fit in – which was something I was blissfully unaware of in the early days! It’s always so easy to give advice isn’t it?

You can see and read more about Steve on his own website here.
[/two_third_last]

Today is  publication day for this debut middle grade fiction book, written by Rosie Jones expertly paired with our own amazing new...