This stunning illustration by Graham Carter is for the BAFTA Children’s Awards to be held on Sunday 26th November – it will feature on posters, leaflets and tickets for the ceremony. The British Academy of Film and Television Arts is an independent charity that supports, develops and promotes the art forms of the moving image in film, television and games in the United Kingdom. Their annual award ceremonies set the gold standard for industry practitioners everywhere.

This year they are celebrating their 70th anniversary and the Children’s Awards is the final ceremony of their calendar.

‘Be Part of The Story’

‘Be part of the story‘ is the concept behind the illustration – to represent the culmination of the many ideas, choices and hours of craft that go into the moving arts. Graham was asked to create a hero illustration using the famous BAFTA mask, with an assortment of elements around it to reflect this year’s greatest Children’s content in TV drama, comedy, live entertainment, documentaries, animation, games and feature films. The result is this densely detailed artwork that communicates the concept perfectly and matches the format for all the other awards throughout 2017. 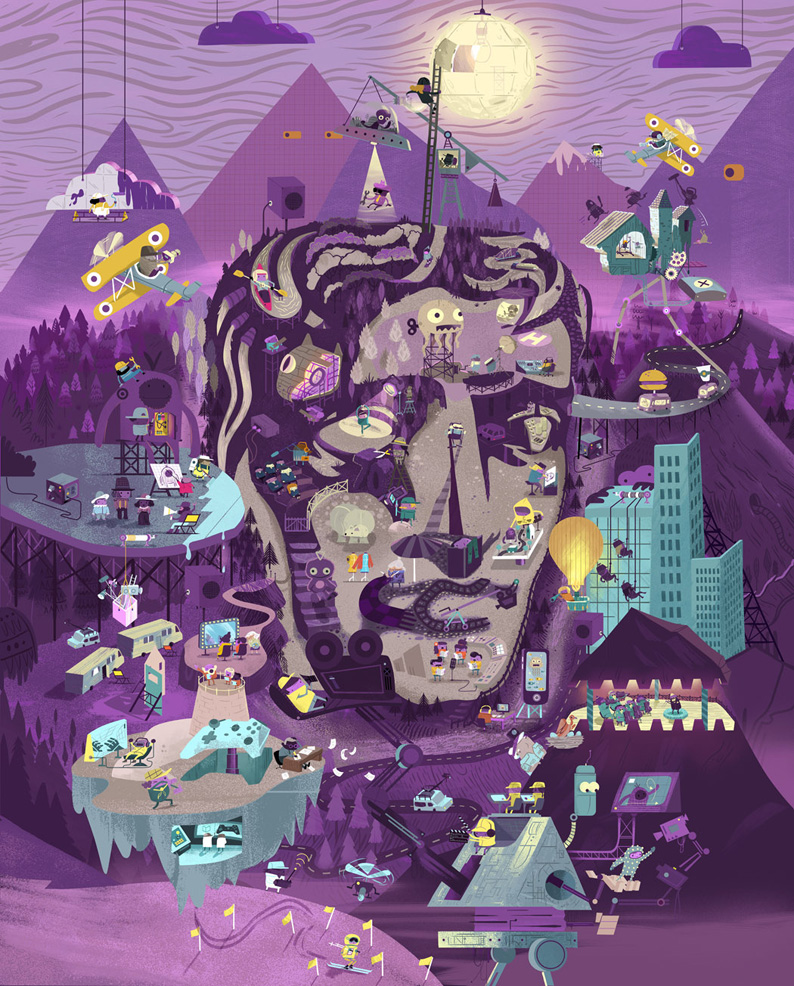 The nights are drawing in, there's a spooky chill in the air and we have plenty of Halloween treats in store for you! It's been a busy...