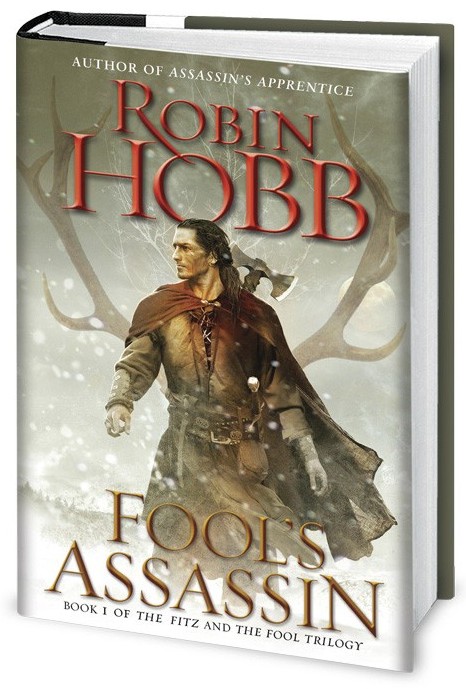 Almost two decades ago, Robin Hobb’s acclaimed Assassin’s Apprentice introduced the world to the characters of FitzChilvalry Farseer and his friend the Fool. The Farseer Trilogy broke exciting new ground in the fantasy genre and Hobb has gone onto write many other bestselling series. We are big fans of her work

not least because John Howe illustrated the first edition of her UK covers for the Farseer Trilogy (Harper Voyager) back in 1995, followed by the Tawny Man Trilogy, The Liveship Traders and The Soldier Son series. You can see these illustrations on John’s own website here.

We had the pleasure of meeting Robin Hobb at Loncon 3 this year and it was refreshing to hear her talk with great fondness about the artists, past and present, who have illustrated her books over the years. She recently visited John Howe in New Zealand and was very enthusiastic about Alejandro Colucci’s US cover illustration for her new book Fool’s Assassin, published in the States this month by Del Rey. Robin has returned to her beloved character Fitz, a trained assassin and the Fool. Fool’s Assassin is the first book in the Fitz and the Fool Trilogy and Alejandro has also illustrated the covers for her US Farseer Trilogy.

Here’s the new collection of all of Alejandro’s covers so far and if you fancy a good read, Fool’s Assassin is published this month in the UK by Harper Voyager and is available from all good book shops. Robin Hobb is on a book tour at the moment with appearances scheduled in the US, Canada and Australia over the next few months, you can see the dates here. 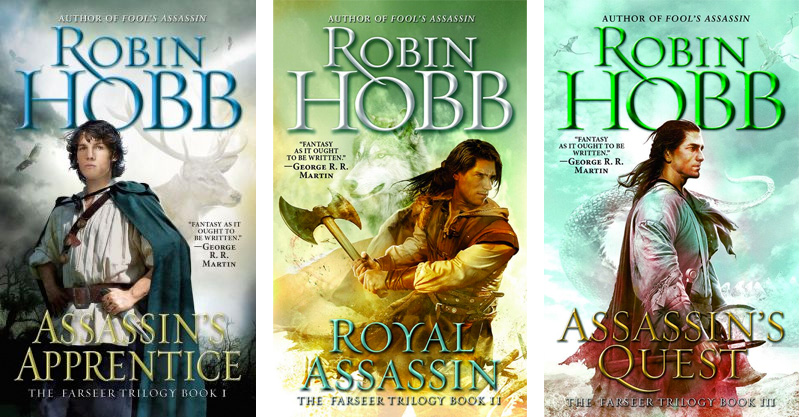 Farseer Trilogy by Robin Hobb – US covers for Del Rey 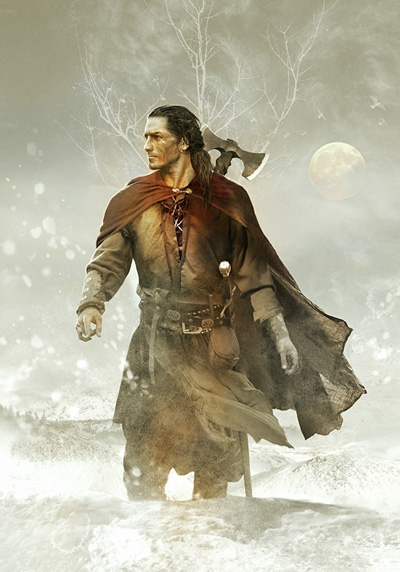 The Invincible Tony Spears and The Brilliant Blob

Tony Spears sets out on his second exciting adventure through the button in his kitchen which takes him to the flight deck of the Invincible...

If you are a fan of colouring in what could be nicer than spending a few hours colouring in the most beautiful dragon images, by Dragon...

Fantastic Beasts and Where to Find Them

As featured in the first year set texts reading list in Harry Potter and the Philosopher's Stone, Fantastic Beasts illustrated by Tomislav...